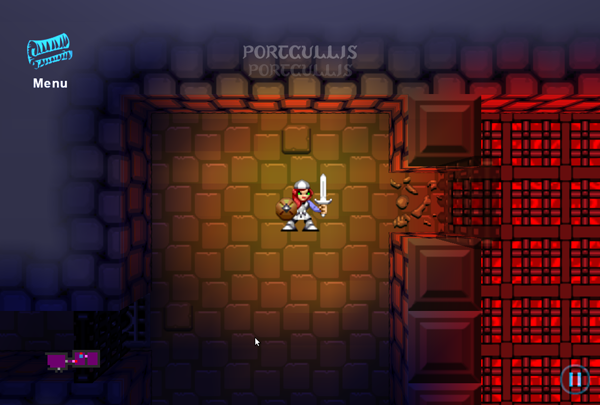 Jeff McCord is a well-known name within the retro gaming crowd. Over 25 years ago, he created one of the most challenging “Roguelike” dungeon-crawlers for the Commodore 64, called Sword of Fargoal. Since then, he’s managed to remake the original title for iOS-based devices, as well as obtain “Best Retro Game (iPad division)” within the 2010 Best App Ever Awards. Climbing upon that success, McCord and his team have been working hard on the sequel to the hit title.

In a curious move, McCord decided to forego his close ties with big-firm publishers, and keep his Fargoal team small. Keeping with the indie development ideal is something important to them, as it means they have a better chance at including more of the features that the fans have been clamoring for. The team itself consists of developer Paul Pridham (Saucelifter, Punch Quest), animator Charlie Canfield, and composer Daniel Pemberton (LittleBIGPlanet).

While McCord may be shying away from the big publishers for this particular endeavor, that hasn’t stopped the team from aiming quite high with the sequel to Sword of Fargoal. As their Kickstarter campaign mentions multiple times, everything for this iteration is geared towards those who want to dive into the world and achieve the most from it. That’s why this time around, there’s 100 randomly generated dungeons, providing a new and unique experience every time you play the game. 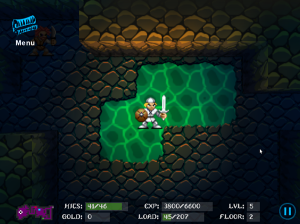 The game itself is pretty straightforward. As the player, you’ll be able to select from different character classes, which include Fighter, Ranger, Thief and Magic User. Additionally, you’ll be able to choose either a male or female role to descend into the dungeons. McCord does say that more character classes will be coming eventually, but there are very few details at this stage. After picking your class, you’ll descend into the dungeons, fight monsters, and find treasure.

With the upgraded graphics, you’ll be able to see the character customizations you choose, from armor, to weapon, to amulet, right on the character model.

The Kickstarter for Sword of Fargoal 2 isn’t an overly ambitious one. This is due in part to the title already being 80 percent complete. The goal is pinned at $50,000. At the time of publication, there have been 288 backers to the project, which has amassed $8,389 in pledges.

“We spent over a year on Sword of Fargoal 2, and are about 80 percent done, but it is so big, and so ambitious, that we know that we need support from our fans — and new people that discover us — (to) accomplish all we’ve set out to do,” McCord tells GeekWire.

As with all Kickstarters, there are plenty of rewards to obtain with the pledge you provide. It’s the “EPIC HERO LEVEL” pledge, which is $50,000, that really grabbed our attention:

““EPIC HERO” LEVEL. There can be only one Epic Hero backer — just like there can be only one Sword of Fargoal. And if you pledge at this level, the real-life Sword will be yours. That’s right, an actual broadsword with semi-precious stones in the hilt, designed just for this campaign, will be bestowed upon you by Jeff McCord himself in person. Jeff will also make a personal appearance at dinner, a convention, or other event of your choosing in the USA (travel extra). In addition to the one-and-only true Sword of Fargoal, you’ll receive Producer credit in all versions of the game, the orginal artwork of the Fargoal poster, an extremely rare autographed boxed version of the original C64 Sword of Fargoal game. Plus an actual vintage Commodore 64 (C64) computer and monitor! If you’re our Epic Hero backer, you will also get a 30 minute Skype call with Jeff and Paul, a custom portrait of YOU as a hero drawn by Charlie Canfield, and one of the songs in the official Sword of Fargoal 2 soundtrack will be named after you. You’ll also work directly with Jeff & Paul to come up with a name and description of a new monster, treasure, or weapon in the game. You’ll get the rare mini Sword of Fargoal letter opener. And of course you’ll get all the Associate Producer perks: a printed retro-style Sword of Fargoal poster, a limited-edition print of the game artwork, a lavishly-bound print version of the Sword of Fargoal game book. Plus you’ll get beta access, the Sword of Fargoal 2 game (both the iOS Universal version for iPad and iPhone AND the desktop version for Mac/PC/Linux), the Sword of Fargoal 2 soundtrack, the exclusive Fargoal 2 wallpaper, a SoF2 T-shirt, and access to the backer-only forum. You basically get it all. Plus our undying gratitude.”

Not only do you get to help create a revamped version of a popular dungeon-crawler title, but you also get a real sword. Plus, all of the other rewards provided in the lesser pledges, such as multiple copies of the title (for PC/Mac/iOS/Linux), as well as a Commodore 64 system and monitor.

McCord and the team are looking to launch Sword of Fargoal 2 in May of 2013. You can check out their Kickstarter video below.