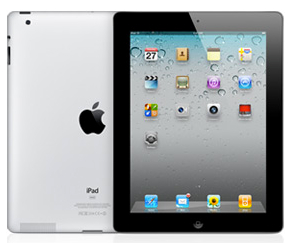 Apple will unveil the next iPad next month, with a souped-up processor, an improved GPU and a better display, according to a report this morning by AllThingsD, citing unnamed sources.

The exterior design is expected be much the same as the iPad 2. Cult of Mac has a look at leaked images of the next iPad’s components, noting that its design “seems to remain almost the same.”

In that way, the upgrade sounds similar to the approach Apple took with the iPhone 4S — improving the underlying hardware but using essentially the same exterior as the iPhone 4. The strategy didn’t turn out so badly, with iPhone sales topping 37 million units in the December quarter.

The assumption is that Apple will call the new tablet the iPad 3, but keep in mind that the previous assumption was that Apple would be calling its new phone the iPhone 5. Does iPad 2S have a distinctive ring to it?

Microsoft and its partners will be trying to blunt the iPad’s momentum with the release of new tablets running Windows 8. The Redmond company is due to release the Windows 8 Consumer Preview later this month, with the new operating system widely expected to hit the market later this year.