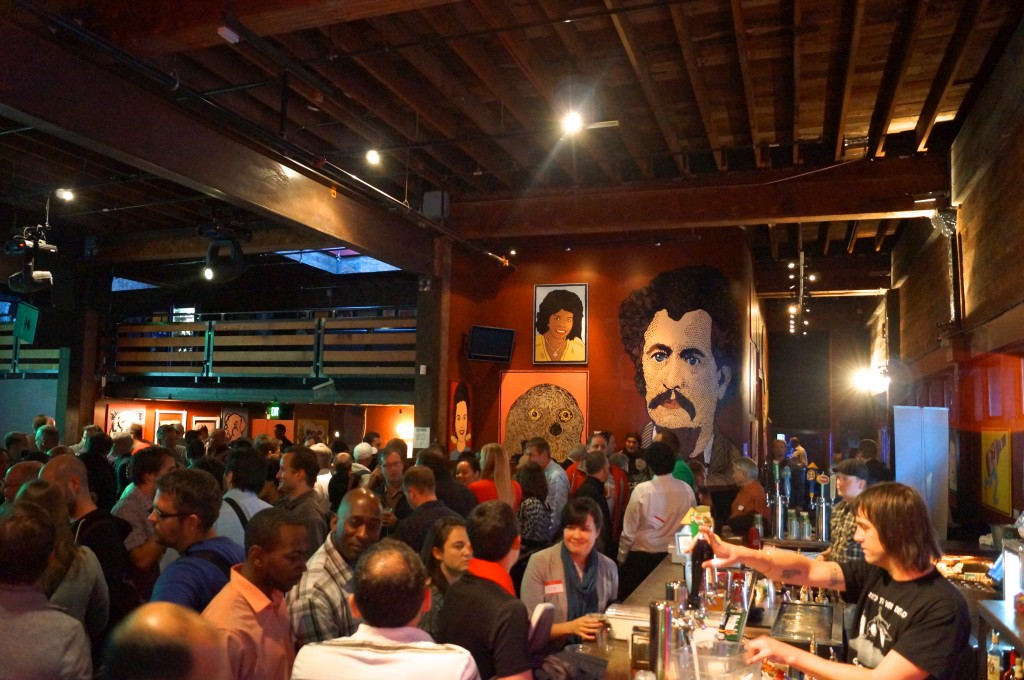 There were a few moments Tuesday night at Seattle’s Crocodile Cafe where I thought I was on the set of American Idol.

Yes, the karaoke was that good, and GeekWire’s Fall Meetup was just the same, from the four intriguing elevator pitches to the awesome networking to the fantastic singing.

More than 200 people made it out to the Crocodile last night for a fun, high-energy Tuesday evening. GeekWire is proud to announce that we raised $1,600 for Year Up Puget Sound, a training program that provides low-income young adults with a combination of hands-on skill development, college credits, and corporate internships.

After everyone had a chance to grab a drink and mingle with the crowd, our three judges – Dan Shapiro, Liz Pearce and GeekWire’s Jonathan Sposato – listened to four startup pitches and eventually awarded Rodney Stearns’ Text No More, an app that rewards people for not texting and driving, with the first place grand prize package. Stearns won four gold passes to the Seattle Interactive Conference, one pass to NWEN’s Entrepreneur University, and a $100 gift certificate to Amazon.

Here are the four presenters that pitched and took questions from the audience afterward:

Some impressive karaoke followed for two hours after that. We’ll have a highlight video of our favorite clips — there were many — a bit later today.

It was great seeing our GeekWire friends, as well as so many new faces in the community. For now, enjoy some photos from the event below. We’ve also posted them on Facebook for tagging and sharing.