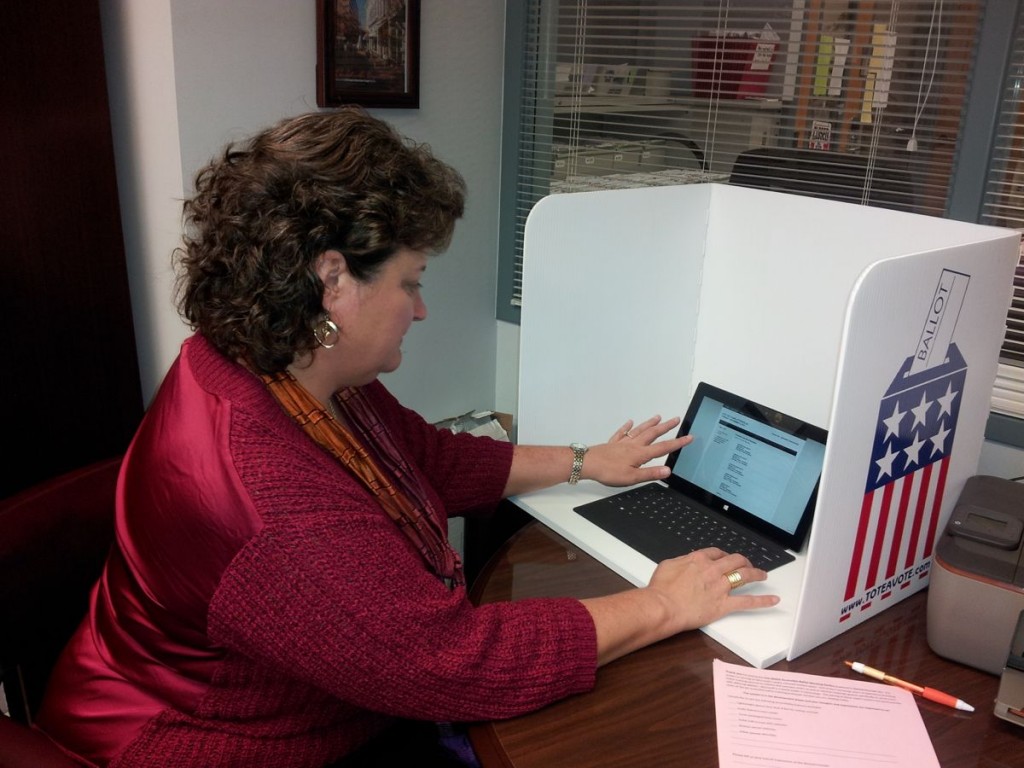 Here’s an interesting milestone for Microsoft Surface: One of the tablets is being tested in Virginia this week as a balloting device for state and national elections there.

The test is being conducted by Democracy Live, a company based in Issaquah, Wash., that works with Virginia and other states to deliver electronic ballots and voter information. Democracy Live uses Microsoft’s Windows Azure cloud-based platform, and the Surface is running the company’s “LiveBallot” application through the browser.

The web app lets the voter use the Surface to access, mark, and print a ballot for tabulation by a separate machine.

For now it’s just one Surface in one precinct in Charlottesville, Va. However, Democracy Live CEO Bryan Finney says the company plans to work with Microsoft on a broader rollout of Surfaces following the upcoming release Surface for Windows 8 Pro, which will run legacy Windows applications on traditional Intel processors. (The current Surface for Windows RT runs on an ARM processor, so it doesn’t support legacy apps.)

The idea with the Virginia test is to get feedback in advance of that broader rollout. Many balloting computers are older machines running Intel 486-era processors, so the Surface has been in high demand in the precinct so far, Finney says.

Update, Tuesday: Just to clarify, the key word here is that the Surface is being tested as a balloting device. It will still need to go through approvals for actual voting. Here’s a follow-up statement from Democracy Live …

“The LiveBallot deployment on the Microsoft Surface tablet is an exciting pilot test and an opportunity for voters to experience the next generation of voting technologies firsthand. The Surface is not being used for actual voting in Charlottesville. We will continue with another round of testing when the Surface Windows 8 Pro is released and we can fully deploy our LiveBallot technology. We look forward to continuing our work with Microsoft and deploying technologies that make voting more accessible for all Americans.”