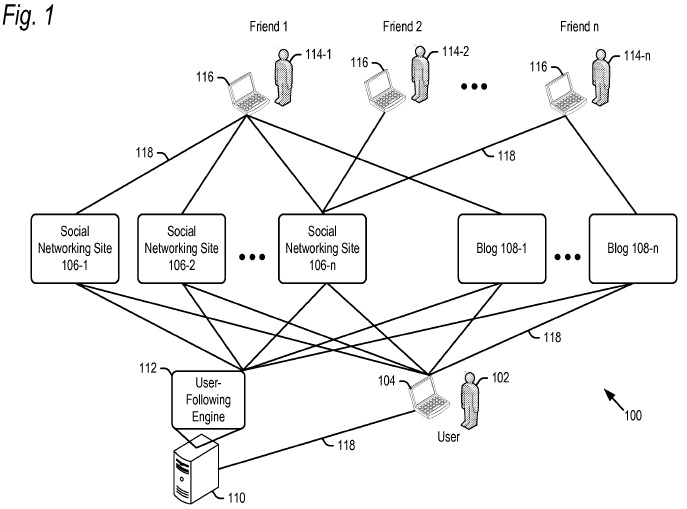 Thanks to its Facebook partnership, Microsoft has been strongly positioned to use social media to enhance its Bing search engine, incorporating the preferences of a person’s friends into the search results that person sees. But this would take it to a whole new level.

A newly surfaced Microsoft patent application describes a “user-following engine” that would analyze a user’s posts on Facebook, Twitter and other social media sites to deduce mood, interests, and possibly even the person’s education  level and comprehension of specific topics.

Then the system would automatically adjust the search experience and results to better match those characteristics.

And then there’s the part about the person’s smarts. Here’s an excerpt describing how that would work.

In addition to skewing the search results to the user’s inferred interests, the user-following engine may further tailor the search results to a user’s comprehension level. For example, an intelligent processing module may be directed to discerning the sophistication and education level of the posts of a user. Based on that inference, the customization engine may vary the sophistication level of the customized search result. The user-following engine is able to make determinations about comprehension level several ways, including from a user’s posts and from a user’s stored profile.

If it sounds a little creepy, rest assured that the system would require the consent of the user. (Right, Microsoft?)

Also, as with most of these patent applications, there’s no indication that the company actually plans to roll this out as part of a product. But it provides a glimpse into the mindset of the company’s researchers, engineers and executives.

The application was filed in October 2010 but was made public by the patent office just this week. One of the inventors is James E. Allard, better known as J Allard, the well-regarded Microsoft executive (known for his role in Xbox and Zune) who left the company that same year.