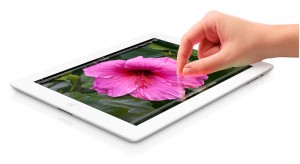 An apparent Microsoft memo published by ZDNet’s Mary Jo Foley outlines a new purchasing policy for the company’s Worldwide Sales, Marketing and Services Group. The memo says employees will no longer be able to use Microsoft funds to buy Apple products, including Macs and iPads.

The leak is driving a cycle of news coverage today, but the decision is actually not all that crazy.

Keep in mind that this is Microsoft’s giant sales and marketing division, the people who are actually out there interacting with the company’s customers. It makes sense that the company wouldn’t want to provide the funds for them to pull an iPad out of their bag in the process of closing a big Windows licensing deal.

It’s not likely to cause a huge uproar inside Microsoft, either. The memo notes that current purchases of Apple products by the sales and marketing team are low, — at least when it comes to using company funds.

Microsoft hasn’t yet commented on the report.