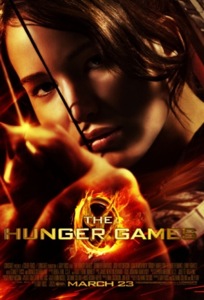 It’s happened. Something has outsold the Harry Potter series on Amazon. And that something is Suzanne Collins’ Hunger Games series.

Heck, even Bill Gates liked it.

Amazon announced today that the three-book Hunger Games series following hero Katniss Everdeen’s adventures of survival and derring-do have outsold the seven-book Potter series that followed those lovable wizards at Hogwarts. The Hunger Games sales include both print and Kindle sales.

“Interestingly, this series is only three books versus Harry Potter’s seven, and to achieve this result in just four years is a great testament to both the popularity of the work and, we think, the growth in reading digitally during that time,” says Sara Nelson, editorial director of books and Kindle at Amazon.

Interestingly, Hunger Games is not the first to kick Harry’s butt. The awfulness that is the 50 Shades of Grey series has already outsold Potter in the UK, according to Amazon UK.

Behind in your reading? Both series are available at Amazon for Kindle owners with a Prime membership to borrow for free in the Kindle Owners’ Lending Library.

Additionally, The Hunger Games movie is out on DVD, etc., tomorrow. All customers who pre-order the DVD, Blu-ray or digital version can watch it instantly on Amazon Instant Video starting shortly after midnight.