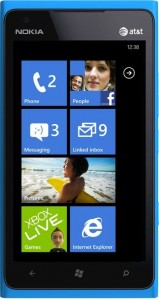 A new report from the IDC research firm is getting lot of attention for saying that Google’s Android is reaching its peak in the worldwide smartphone market this year, and Microsoft’s Windows Phone is destined to take the No. 2 position in the market by 2016, just barely edging out Apple’s iOS four years from now, with 19.2% vs. 19%.

People seem to have forgotten that IDC has actually made that prediction before, the one about Windows Phone taking the No. 2 position in the market. Except in the past forecast, the firm predicted that Microsoft would reach that point a year earlier, by 2015, and by a much healthier margin over iOS, 20.3% to 16.9%.

In other words, the firm has reduced its expectations for Windows Phone, and expects the horse race to be much closer over time.

Of course, these types of forecasts are a real crap shoot, as we saw with iSuppli’s forecast in 2009 that Windows Mobile would be No. 2 in the market in 2012, behind Symbian. So take these types of long-term forecasts with a huge grain of salt. Who knows, someone completely different could come out of the blue to rule the world.

The interesting part is that IDC is clearly seeing things in Windows Phone’s performance now that are causing the projection to be scaled back already.

IDC says in its news release that Windows Phone “will gain share despite a slow start,” and “will be aided by Nokia’s strength in key emerging markets,” taking the No. 2 spot by 2016 “assuming Nokia’s foothold in emerging markets is maintained.”

Here is a chart showing IDC’s latest forecast, with the previous (now outdated) forecast below that.