Jeff Faulkner is a Microsoft creative director who guides branding and user experiences for Microsoft’s entertainment division, with roots in the Xbox team. Now a Seattle resident, he’s a veteran designer with roots at agencies in Portland, working on a variety of high-profile projects. 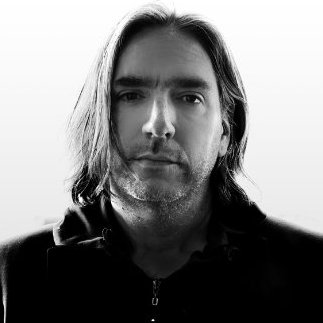 He’s speaking tonight in Portland about the intersection of technology and design at an event hosted by DesignSpeaks (a Portland/Seattle community of design professionals) and the Technology Association of Oregon.

The event is sold out, but I got a chance to speak with Faulkner on the phone yesterday for a preview of his talk and a broader discussion about technology and design, his work at Xbox, the job market for technology designers, and many other topics.

You’re in a company that is very much focused on engineering, sales and marketing. As a designer, how do you ‘interface’ with that world, to use an engineering term?

It’s been an adventure. From the aspect of working with Xbox, it’s a heavily engineering-focused organization, but that said, the success of the business was built on the brand, the big consumer promise, and consumers’ love of this product. It wasn’t about productivity — it was about gaming, it was about fun, it was about something they’d never seen before. The energy in Xbox is far different than other places I’d seen. That was easier for me to hang with.

And then over the years, Xbox has become much more of an entertainment ecosystem — a shell for multiple inputs, multiple devices, multiple content streams, multiple media. It’s become much more complex, and the only way you can solve that is through a combination of design and science, and seeing them as one thing. Everybody gets that. (Microsoft interactive chief) Don Mattrick gets that, everybody gets it. That hasn’t been difficult.

There’s an issue in the tech industry with a shortage of engineers. I understand you run into that with designers, as well?

We definitely run into that problem here. There’s a shortage of people, all up. Seattle has got its provincial side, where people work on regional products and the complexity of those products isn’t all that complex. But then you have Microsoft, Amazon, Google, and these are a different breed of designers solving much different problems, who can hang with much larger organizations. Finding those kinds of people in Seattle is hard. If you bring someone fresh into this, it’s very difficult for them. In general it’s hard to find people for whom this isn’t boot camp, who can come in and start rolling.

What about Portland as a place for recruiting designers?

I do find designers there grow a little faster. I think it’s just a cultural phenomenon. I love Seattle, and I don’t ever want to move, but it is kind of a “live to work” kind of place. People hunker down, they solve their problems, and they get into their circles, and they don’t tend to get out. The effect of not getting out means you don’t get to rub antlers with other people and grow. Portland is not like that. Portland is very much a village — at least when I lived there, it was, and I get the sense it is still very much a collaborative culture where you learn a heck of a lot just by mixing with the other people around there. I think people tend to grow faster there, and tend to have an appetite for complexity, as opposed to treating it as a burden. That difference in the city, I think, is really interesting. That’s why I stay in touch with Portland. I love it — it’s my hometown, basically, and a lot of my friends and family are there, but I also rely on it for a lot of talent, as well.

Do you have what it takes to be a Geek of the Week? Fill out and submit our online questionnaire to apply.

How do you define ‘design’ in the context of what you do?

There really isn’t a term for it. The fact that there isn’t a term for it signals to you something about how new this field is. But I would consider it product experience design, or experience product design. That’s no better than any other term out there. I just use it because it doesn’t have the baggage of all the other stuff like UX or product or anything like that. Experience product design is really an amalgam of lots of different designs — there’s graphic design, there’s interaction design, there’s information design, there’s sound design, there’s creative technology design. There’s a lot of stuff that goes into it. And there’s brand design as part of that. You used to see a brand team in an agency somewhere, and it came in after the fact. But now, at least at Xbox, we’re building brand from the inside. It really is bringing all these disciplines to work in concert together.

This is really such a nascent thing. Even though it doesn’t have a lot of formalism behind it, it still has tremendous pressures inside an organization like this — or small ones, too — to really deliver and deliver fast. And it’s extremely competitive, too.

It’s an interesting confluence of folks you’re speaking to. They have roots in Seattle and Portland, and in the design and engineering worlds. Is there a key lesson you’re going to be sharing with them?

The thing that I keep coming back to is this construct that was imposed on people that there is a difference between art and science or technology and design. And that construct is anachronistic now — it really doesn’t fit any more. But I still think you see some people, like me, who have been trained along that construct. I’m not worried — there are a lot of young people who don’t see it that way at all. We hire MIT Labs grads who are just as aesthetically inclined and UX inclined as they are technologically inclined. To me, those are the people that really interest me. But I think everybody has that within them, and I think if we can do our work more in consideration of all the things that go into it, we can make much better products.

It’s more of a mind-opening thing. I’m not an academic or a scholar. I’m an applied designer. This is based on my experience based on what I’ve seen over the last 15 years.

Where do you find your inspiration? Right now I’m really fascinated with Ray Kurzweil. Reading his stuff, listening to him, my mind just goes crazy. I don’t understand most of what he says, but I find that really fertile ground for me.

Any tips or trick for managing everyday work and life — something that really works for you? I’ve used the whole David Allen GTD (Getting Things Done) system for quite a while. I don’t even know if it works because I don’t know how to do anything else. The one big thing that I did over the last year is I moved everything to the cloud. By keeping everything in the cloud, and having my devices line up to whatever that is, it’s made my life so much easier. I don’t worry about things getting lost. That has been a huge change for me.

Mac, Windows or Linux? I use Mac and Windows. I use Windows 8, and I actually love it. As a designer, I got trained on Mac, and so I can move light lightning on it. I feel really productive on it.

Transporter, Time Machine or Cloak of Invisibility? Time Machine, no doubt. We’re building a lot of stuff, and I think it’s going to land in incredibly fantastic ways, and I can’t wait to see it. I also think this growth curve and this exponential technology is going outlive me, and I want to see what it’s like. Also, like I said, I read Kurzweil, and I want to see if what he says is true.

Greatest Game in History: Chess or Portal. Chess is the game that I spend most of my time playing, but Portal is catching up.

Zune HD? That’s a bold choice. It was a great piece of work, though.

Favorite Cause: Kiva is something I’ve followed since they started. I think what they’ve done is phenomenal. When I look at them, and when you think about what Bill Gates is working on, it’s revolutionizing philanthropy and next-gen humanitarian relief. It’s phenomenal. When you think of not just traditional powers going into those things, but people like Bill or people like Kiva really inventing and making it easier to give, to loan, to help, it’s phenomenal. I am so fascinated with that sort of thing, and I’m sure that’s in my future as a designer, without a doubt.

Most important technology of 2012: For me, I still think Kinect is the most important thing. You could look across humanity and say that’s not true, but in terms of what’s central to me, that is.

Most important technology of 2015: Um. … I’m going to watch it with that one.

You know what it is, but you can’t say, right? I feel so. I feel that’s very accurate.

See Jeff Faulkner’s Tumblr site for more of his perspective on design and everything else. Follow the DesignSpeaks organization on Facebook, and check out the Technology Association of Oregon, as well.