I do. And not like the annoyingly self-important “look at these cool-expensive-huge headphones that I just bought with the red light that make me look like a Star Wars Cloud City administrative aide” road warriors.

No. These tools and gadgets, I guarantee, will make you travel geekier even if you are a hardened frequent flier. Or just want to have the benefits of that kind of knowledge. I have nearly one million earned butt-in-seat Alaska Airlines miles (plus hundreds of thousands on other, lesser carriers) to prove it.

So as the peak summer travel (a.k.a. “amateur”) season begins, here’s some of what I find invaluable.

Before the bus-with-wings departs. Three websites make planning and purchasing as painless as possible: Kayak, Yapta and ExpertFlyer. Kayak is probably the least unique of the three in that there are a lot of airfare comparison engines. But I like Kayak because of its no-nonsense, intuitive filters for airports, airlines, stops and times. I frequently use it when I’m flying on an unfamiliar route to verify I’m paying a reasonable price, even when flying a favorite airline. 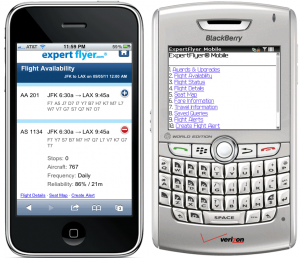 Once purchased, I immediately go to Seattle’s Yapta (founded by a former Alaska Airlines marketing exec) and enter the flight and price I paid. Yapta then transparently and frequently checks the price, alerting me by email if it drops and also sends me a weekly summary of all the flights it’s watching for me. Useless after buying, you say? Not necessarily. Sometimes a flight price drops more than the change fee, and some airlines – including Alaska – have a low fare guarantee. I’ve saved hundreds through this free site.

Not always free, but equally valuable if you want to take travel geekiness up a notch, is ExpertFlyer. Sure, you can search for available flights and fares. But a feature I find far more useful is the seat maps for every flight (similar to SeatGuru and SeatExpert) that let you select a currently unavailable seat that you want, and then emails you should the seat open up. Plus, you can create email alerts for when award tickets or upgrade space becomes available. While seat alerts alone are free, I literally have recouped my $100 annual Premium subscription several times each year in saved chiropractor fees by being alerted to aisle or exit row seats I was able to snag, rather than wedging my 6’4” frame into a regular middle seat.

And to keep up on changes in airline, hotel and other travel loyalty programs, I frequent FlyerTalk. It’s a well-moderated collection of discussion boards featuring obsessed frequent travelers, but often has news of changes to hotels and airlines far faster than other media, online and off. I’ve been there, since 2004, as Seattlenerd.

On board the metal, people-filled tube. Status snark aside, I do find noise-canceling headphones a must. But not for status, and certainly not everywhere on board. (Wear them into the lavatory? Eeewwwwww. Bose might as well read Bozo.) I prefer lower-profile, noise-isolating earbuds with noise cancelling circuitry, such as my current pair of Pioneer SE-NC31C-K headphones, for a couple of reasons. They are friendlier on ear cartilage than ear-cupping models. And after I land, I can use them in the hotel gym without drawing stares. (Little known geek fact: noise cancelling headphones actually generate noise. Really.) 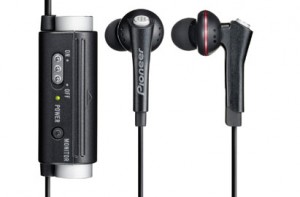 I also carry an extra set of batteries for every device that doesn’t recharge. Nothing frustrates like having that battery-dependent headset fail two hours en route SEA-BOS. Or LHA. The added weight is minimal, and the frustration-prevention, priceless.

It’s now almost quaint to suggest a Kindle, Nook, iPad or other e-reader or content consumption device. Angry Birds has gotten me through many, many delays. But also bring a physical magazine or two – for when you can’t play Words With Friends on taxi, takeoff and landing.

The airlines have yet to adopt my long-standing suggestions for trash compactor mechanisms in the overhead bins to accommodate more carry-on luggage, or Velcro strips on the ceiling to allow passengers to wear Velcro gloves and booties for overhead navigation of aisles blocked by service carts (2001: A Space Odyssey was the inspiration). But I’m always hopeful.

On the ground wherever. Rather than just rely on Google Maps to help me navigate an unfamiliar major city, I’ve now taken to downloading whatever TripAdvisor city guide smartphone app might be available for my destination. They are far more reliable than no-name (and suspect) city guide apps. While I rarely fully trust the reviews, the integration with my mobile device’s GPS is great for finding landmarks, hotels, attractions and restaurants, plus it works offline as a reference. There’s no need to buy a guidebook, paper- or e-, for quick info. And it’s easily deleted upon return. 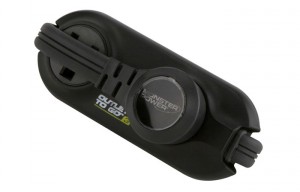 Finally, if you really want to be everyone’s best friend at outlet-starved airports and conference hotels, pick up a Monster Outlets to Go. This brilliantly designed, five-inch accessory combines a short extension cord and three adapter-spaced outlets to convert one plug into three. For generally under ten bucks. I carry mine everywhere I need something electrical. Which is everywhere.

There are, of course, the overrated accessories (nothing says newbie like a neck pillow). Yet prep, travel and land with any or all of the above, and you’ll gain geek travel cred. Especially if you also carry on a smile, polite demeanor and killer sense of humor. In times of transit stress, these last will take you farther than any app will.