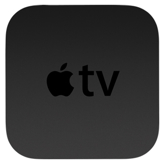 The reports of Apple’s attempts to come out with a new television product just got a little more interesting.

The New York Post has behind-the-scenes details on Apple’s attempts to convince content providers to make their shows available on Apple’s terms for a new television product from the company. Yes, it’s the New York Post, quoting anonymous sources, so it’s appropriate to apply a healthy level of skepticism.

But for anyone who remembers Apple’s negotiations with the major music labels over iTunes, the negotiating tactics will sound familiar.

And here’s the interesting part: “Apple is pitching the idea of offering channels as apps for its devices, including its Apple TV set-top box. It’s unclear whether it would group the apps together and charge a fee — similar to a cable-TV subscription — or offer the channels on an a la carte basis.”

Here’s hoping it’s a la carte. But that seems too good to be true.

Microsoft has been headed this direction with various services (Netflix, Xfinity, Verizon) as apps, but offering specific channels in this way would take it an important step further.

Programming Note: We’ll be talking with BuddyTV CEO Andy Liu about the landscape for content in the living room and beyond this weekend on the GeekWire radio show and podcast, airing at 7 a.m. Saturday and 1 p.m. Sunday on 97.3 KIRO-FM in Seattle, and on GeekWire.com as a podcast.