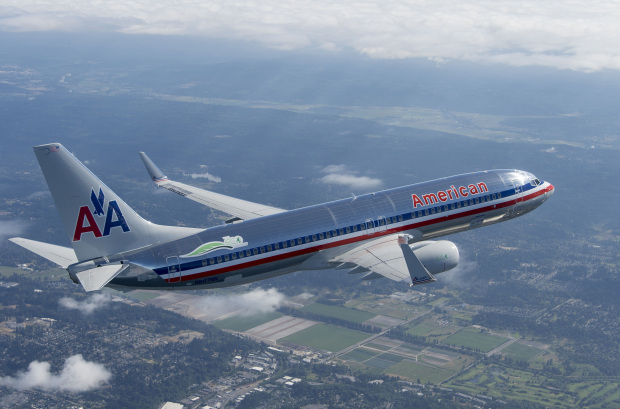 Boeing has outfitted a 737-800 with a variety of experimental technologies, including a fuel cell, to test new ways of reducing the airplane’s impact on the environment.

The aircraft, built in the Seattle region and tested in the skies over Montana, was shown today by Boeing and American Airlines in Washington, D.C. It’s called the “ecoDemonstrator.”

The regenerative fuel cell, as described in the Boeing video below, is used to power the plane’s electrical systems, replacing the main engines as a source of energy for that purpose.

Other technologies being tested in the plane include “adaptive trailing edges” — devices in the wings that provide additional lift at takeoff and reduce the drag when the plane is at cruising altitude for better fuel efficiency.

The company says most of these technologies are still years away from widespread use, but the testing has given Boeing a chance to see how some of its advanced concepts would work in the real world.

This particular plane will be returned to a normal configuration and delivered to American Airlines later this year, but Boeing says it will develop similar test aircraft in future years, starting with a wide-bodied plane in 2013.