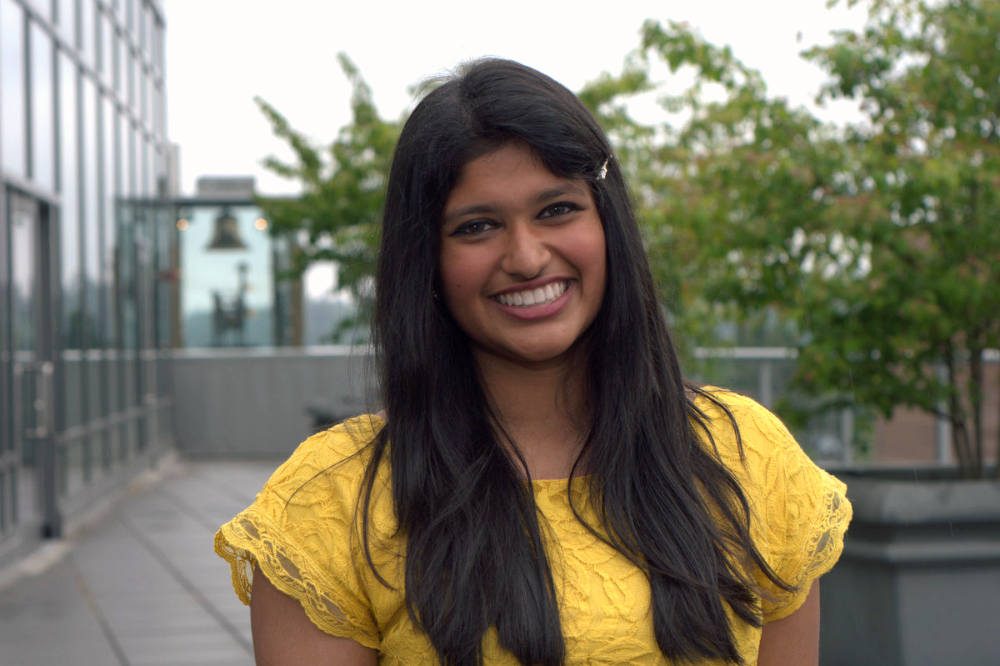 Archana Somasegar is an engaging  and energetic teenager with a passion — helping girls in developing nations get the education they need to be successful in the world. She may be only 15, but for two years she’s been running the Seattle chapter of Circle of Women, a non-profit group that establishes schools for girls in countries such as India and Pakistan.

She recently traveled to one of the schools in India to get hands on experience and learn more about the lives of the girls.  When she returned she organized a fundraiser in her spare time to benefit the school.

Archana inherited the geek gene from her father, S. “Soma” Somasegar, a well-known vice president at Microsoft. She’s a Lakeside School sophomore with an impressive understanding and appreciation for technical topics ranging from machine learning to touch technologies.

I sat down with her to discuss a variety of topics, from Circle of Women to the truth about how many texts she sends a day.

Could you tell me a bit about Circle of Women and your role in the organization?

Circle of Women is a non-profit organization that strives to achieve women’s empowerment on a global scale through educatio —both book smarts and vocational skills. They focus on collaborating with communities to implement sustainable solutions, giving girls access to schools and skills that would otherwise be unavailable. I’ve been running the Seattle chapter for two years and visited the Rhema Garden orphanage  in India last summer. I spent a week interacting and getting to know some of the girls — it was an awesome, eye opening experience.

Can you describe a moment at Rhema Gardens that moved you to take action?

In particular, one experience stood out to me. In the morning, all the girls would get dressed and board the public bus that would carry them to the nearby school. In the evening my mom and I went to go pick them up from school, and they were all so excited to tell us about their days and what they had done since we had last saw them.

The girl that was sitting next to me had a small, old bag that she used to carry all of her books in. As I sat down next to her, she began to rummage through it, for what seemed to be like a very long time. Finally, she found what she had been looking for and she looked extremely thrilled, so naturally I was curious as to what it could be. She carefully took it, and there it was — a carefully wrapped piece of old candy. Without even a second of hesitation, she handed it over to me saying “this is for you,” with a huge smile on her face.

I was shocked. For some of these girls, getting three meals a day wasn’t guaranteed, let alone getting candy. That was a rarity in itself, and here she was willing to share it with me; her most prized possession. This really touched me, and made me reevaluate the ideals that I have. With all that I have, I am so reluctant to part with any of it, but this girl was willing to share with me everything she had. It was this that really made me feel that it was my duty, my responsibility to give something back to her—everything that I could offer her, just for that one piece of candy.

Did you take the candy? Yes I did. After she gave it to me my mom stopped the bus, bought a bunch of candy from a street vendor and distributed it to the all the kids on the bus.

What did you learn about yourself during your trip?

While going to Lakeside, Circle of Women and women’s rights have always been important to me, but by actually going there and seeing the community, I realized the depth of my passion and interest in being part of a cause like this. It made me realize all the stuff that I have and how much I take it for granted. It also made me realize I need to appreciate what I have more because I’m really lucky with the circumstance I was born into. It’s my duty and my responsibility in that position to use what I have to give girls in developing countries similar opportunities. 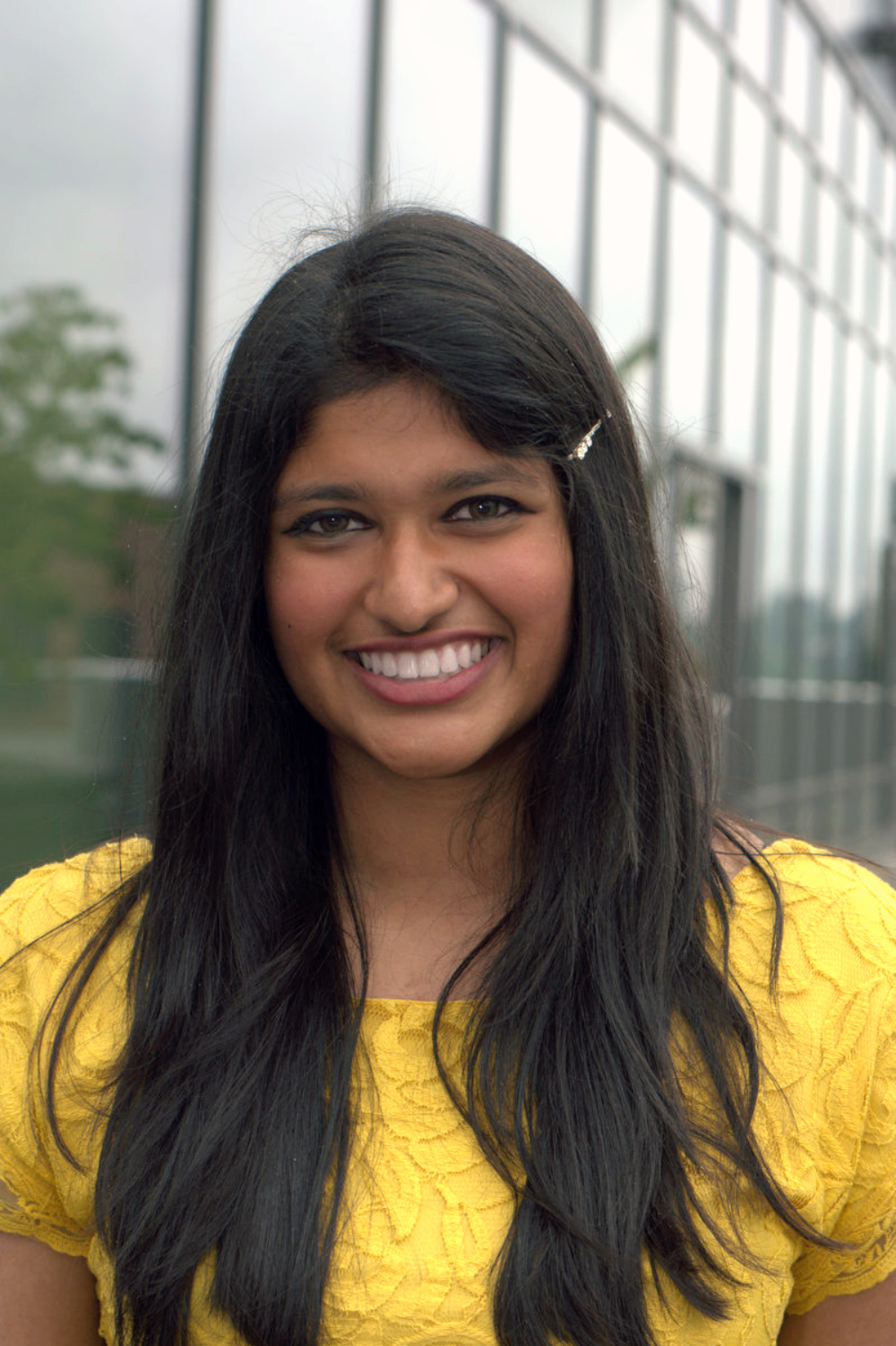 How does Circle of Women utilize technology?

There’s a Circle of Women blog where leaders post on events, programs and what different chapters are up to. There’s also a lot of Facebook promotions for Mother’s Day and other holidays. We also utilize Facebook for advertising and promoting different projects. They just updated the website so now it’s easy to learn about projects and donate.  Tech definitely plays a huge role in spreading awareness.

Coolest thing about what you do: All the hands-on stuff. It’s relatively easy to sit here in a room, write a check and give a pat on the back. It’s a different thing to be flown out to India, live there and experience what they’re doing. I think that’s an experience that a lot of people miss out on and something I learned a lot from.

Are you going back? Yes, especially if we reach the amount we need to start this project. I will personally be there to deliver the money and oversee as long as I can without missing school.

What does it mean to you to be a geek? Being a geek is finding something you are really into and passionate about. Whether it be video games or Circle of Women, it’s about spending all your time on something and devoting every fiber of your being into your passion. It’s about making what you want to see happen a reality.

Geekiest thing(s) you’ve ever done, built, or worn: I went through a huge greek mythology phase. I made an original board game for myself when I was 8 and forced my family to play. You could be Hades or Zeus etc. and you’d have to go around and collect different items along the way.

Your best tip or trick for managing everyday school and life: Get things done today. Lakeside is pretty rigorous with the amount of work you get. If you can do something today or do something tomorrow, do it today because tomorrow you will regret it.

Mac, Windows or Linux? I currently have a Mac but I’d say I’m a Windows person. I have a Windows Phone that I love.

Taylor Swift or Justin Bieber? Taylor Swift all the way. Since Justin hit puberty he’s gotten better but he lost all his cred when he cut his hair.

If someone gave me $1 million to launch a startup, I would … I’d dedicate research into learning how to better utilize solar power and finding cheap ways to harness solar power. No matter if you are a developing country or not, you still have the sun. Energy is important in creating a consistent lifestyle.

Did you dress up? Yes I was the girl with the huge scar and cape, waving my wand around at midnight.

Your geek role models (And why?):

My parents. My dad’s been obsessed with technology for years and tells me about the latest cool stuff.  He works at Microsoft so he knows a thing or two.

My mom’s geek obsession is with her kids actually. She’s thrown her entire being into raising us and she’s been a huge role model for me along the way.

Best Gadget Ever: My phone — a Nokia Lumia 800. I love it beyond belief. I don’t go anywhere without my phone, plus I’m a teenage girl so …

How many texts do you send a day? During school I’ve gotten better otherwise I wouldn’t get anything done-probably 60.

Favorite hangout: Bell Square. It’s five minutes from my house and it has everything. I get to watch movies and eat frozen yogurt with my friends.

Most important technology of 2012: The progression of touch has been significant over the past few years. I am fascinated with surface computing and with touch devices. It’s definitely revolutionary.

Most important technology of 2015: I’d say machine learning — the ability for technology to take data it’s given and build off of it. It’s where you give a machine a base set of data and ask a question that isn’t explicitly in the data, and it can use the data in an intelligent way to be able to figure out the answer without explicit programming in the machine. That’s going to be huge.

Words of advice for your fellow geeks: Don’t be afraid to be a geek. It doesn’t matter what people say. It’s not weird … it’s cool.

Story and photography by Annie Laurie Malarkey, who also writes and photographs the Geek Made column for GeekWire. See this site for more of her work. Find her on Twitter @annieandacamera and on instagram @annielaurie.