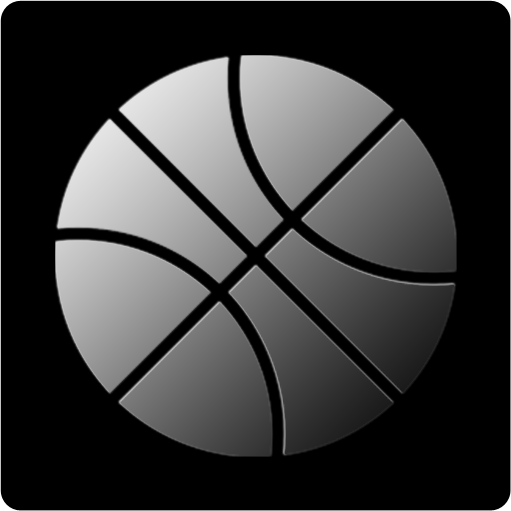 Your parents can no longer sign you up for youth basketball. That college gym ID has long expired. And setting up a portable driveway hoop just isn’t going to happen right now.

So where in the world are you supposed to play organized basketball?

The Seattle-based company’s new iPhone app debuted Tuesday and hopes to simplify the art of organizing pickup basketball games. The tradition of bringing together completely random hoopers in one place is already a social gathering; InfiniteHoops is simply making the process more efficient via the internet and social networking.

The app uses GPS to set up geo-fences around specific courts and notifies users when they cross the geofence. Players can link to game details — where it is, what time, how many people involved — and RSVP game status (In, Out, Undecided). Users can also search the database for games going on in other places and join groups that establish regular playing times.

Founder and basketball fan Tosh Meston, a former Microsoft engineer and current Myspace development manager, started the website InfiniteHoops.com in 2003 and similar websites for softball, hockey and football pickup games soon followed. Nine years of improvements later, there are approximately 130,000 games scheduled, 29,000 users and 9,000 groups with people from all over the country participating.

This is the second version of the hoops app — the original version released last November allowed users to display games on a map, but did not have improved features like the geofence function. Meston thinks that over time, more and more websites will be adapting to the mobile world. 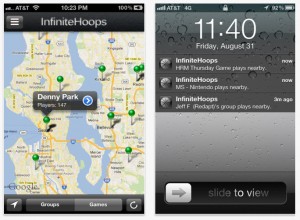 “Developers are increasingly going to be looking at mobile and web services as where a product is built first, and a web user-interface is built second,” he said.

InfiniteHoops is bootstrapped and runs advertising on the websites. Registered users can turn the ads off, but “not even a percent,” of them end up doing that, says Meston. He hopes to form partnerships with businesses and services that fit nicely with a community of basketball players, like leagues and tournaments, clothing and equipment, gyms, and basketball events.

It’s not a bad time to seek out opportunities with basketball and technology, particularly in Seattle. The area is well-known for producing top-notch players that started their careers playing in local pickup games like the ones you can find on InfiniteHoops. The expected return of professional basketball should only help InfiniteHoops grow even more.

“Seattle is a basketball city already, but having an NBA team could boost interest in playing basketball in people,” said Meston, who admits he is a “life-long” Lakers fan. “InfiniteHoops can help those people find a game.”