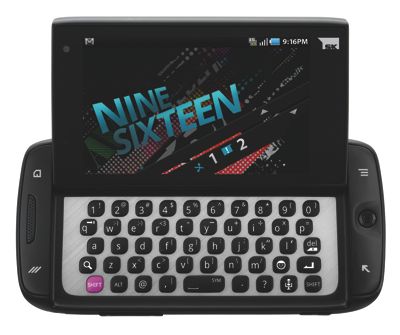 The pictures of T-Mobile’s new Google Android-based Sidekick 4G are nice, but what’s really interesting is the way the company is attempting return the device to its roots — and appeal to its traditional demographic — with new features for texting.

T-Mobile and Samsung announced details of the device tonight, under the headline, “T-Mobile Sidekick is Reborn.” From the news release …

Sidekick’s Group Text feature lets customers create, name, manage and participate in reply–all group text conversations, enabling them to lead their network in conversation and social planning. Group Text breathes new life into one of the most popular forms of messaging allowing Sidekick 4G customers to initiate and share the benefit of the application with SMS-capable devices from flip phones to smartphones. In addition, Cloud Text provides the option to text with friends or groups across platforms, whether from the comfort of their PC’s large screen and keyboard, or from their new Sidekick 4G.

The devices will be made by Samsung, available in the spring in “matte black” or “pearl magenta.” Pricing has not yet been announced.

T-Mobile’s unveiling of the new Sidekick follows the company’s announcement that it will shut down services for existing Sidekick devices after May 31. Those servers are operated by Microsoft’s Danger subsidiary. T-Mobile is attempting to revive the Sidekick brand, which suffered through a high-profile outage of the Danger servers in 2009.