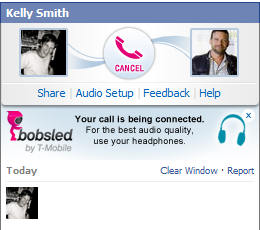 T-Mobile USA relaunched its Bobsled service for making free voice calls on Facebook today with a revised interface meant to address the social networking giant’s concerns that the previous version looked too much like a native Facebook feature.

Here’s the before (above) and after (below) showing the differences in the interface.

The Bellevue-based wireless provider pulled the service last month, less than a week after its debut, saying that it was working with Facebook “to address their design questions, including working to ensure that the Bobsled experience is clearly differentiated and is not mistaken for a Facebook created property.” 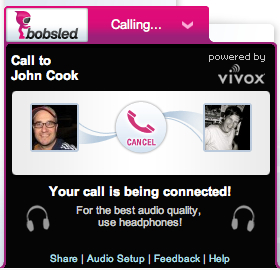 Other than the design changes, the service appears to work as in the past, allowing any Facebook user to download the app to make voice calls to other users on Facebook, or leave them voice messages. The service isn’t restricted to T-Mobile customers.

It’s part of a broader effort by T-Mobile to roll out Internet voice and data services under the Bobsled brand, connecting up with traditional telecom services. The company has said it plans to add video chat and other features, and provide Bobsled apps on smartphones and tablets, even those that work on other wireless carriers’ networks.

This is all part of T-Mobile’s attempt to proceed with business as usual pending its acquisition by AT&T.