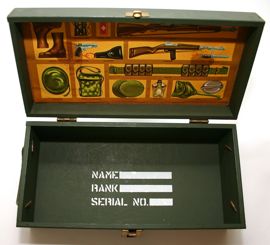 Earlier this year, the California Supreme Court decided it was OK for police to search the text messages on a cell phone taken from a person after his arrest.

Although the arresting officer did not have a warrant to search the contents of the cell phone, the Court said the search was “incident to a lawful custodial arrest” and therefore was allowed under the US Constitution.

The case is called The People v. Gregory Diaz, and part of what makes it important is that it was decided strictly on the grounds of US Supreme Court precedents interpreting the Fourth Amendment’s prohibition of “unreasonable searches and seizures.”

The court did us the favor of putting California law aside, but understanding even just the federal law here can be pretty tricky. Suffice to say that the basic framework is this: searches conducted without a warrant, issued by a judge, are prohibited by the Fourth Amendment, unless an exception established by Supreme Court cases applies. One of the exceptions is for searches “incident to a lawful arrest.”

As you might imagine, even within the world of this exception, additional cases turn on what may or may not count as “incidental” to a lawful arrest. The California court delves into that. Its Diaz decision discusses why, for example, other cases held that a cigarette pack and the clothes on an arrestee’s back are “incidental,” while a 200-pound, secured footlocker, placed in the trunk of a car at the scene of an arrest, is not.

The California high court decided that Diaz’s cellphone was “incidental” because, like a cigarette pack or the clothes on his back, it was “immediately associated with his person.” Had the court instead found the phone to be more like a footlocker, a piece of personal property that may have been handled at the scene of the arrest, then the search would have been legally defective. For it to be constitutional under US Supreme Court precedents, the warrantless search had to be “of the person,” and not simply of a possession “within an arrestee’s immediate control.”

Different people will feel differently about the Diaz case, no doubt based on personal attitudes about criminal procedure and the proper scope for civil liberties. But there’s one thing about this case that any gadget geek reading the opinion will spot immediately as a flaw in the court’s reasoning: the whole time, the court assumes that the data being searched is saved to the memory of the phone. Even the dissenting Justice assumes, in a separate opinion, that the data in question is “stored” on the phone.

I put my iPhone into airplane mode after reading the opinion, to try to emulate what would, and wouldn’t, be on my phone, should it be taken from me (and remain disconnected following!) that particular moment. My tweetstream stopped, of course. My text messages were still there. My mail inbox remained as it was when the phone was cut off; mail folders not replenished recently were empty. Maps were disabled. A lot of personal, confidential data remained in my phone’s memory. But access to confidential documents, and real time updates to everything, were disabled.

Some educated guesswork here, but a lower court opinion states that Diaz was arrested in April of 2007. Wikipedia says the first iPhone was not released until June of that year. So Diaz didn’t have an iPhone. I’ll bet Diaz had a phone that let him make calls and send SMS text messages. Put it this way: even if four years ago Diaz had a phone with a web browser, the officer didn’t need to look any farther than the text message folder to find the incriminating evidence he needed.

The really tough cell phone privacy case is going to come when someone is arrested and has his iPhone, Android phone, Blackberry, or WinPhone 7 seized and searched.

Will the savvy California police officer, taking the captured phone in hand to search, think of the Diaz case? If so, will she find it prudent to put the phone in airplane mode, shutting off the arrestee’s window to the rest of his private world? Or will the officer go ahead and query the suspect’s employer’s mail servers, search FourSquare for recent checkins or friends nearby, open up Google Docs on a Google server somewhere and parse them for incriminating information?

When you think about the phone less as a storage device and more as a key or portal to all aspects of your life, barreling along without you and, for a moment at least, unaware that you may have been arrested (unless you can get that tweet in before the phone is taken from you!), then the full text of the Fourth Amendment reads somewhat differently:

“The right of the people to be secure in their persons, houses, papers, and effects, against unreasonable searches and seizures, shall not be violated, and no Warrants shall issue, but upon probable cause, supported by Oath or affirmation, and particularly describing the place to be searched, and the persons or things to be seized.”

Today’s phone remains an extension of your person, to be sure, but it also virtualizes your “houses, papers, and effects.”

The idea that personal data would be stored in the cloud, that the phone would be a real time means of connecting with all ongoing aspects of your life, and not simply a selective record of your tracks, floats past the court in the Diaz case. To my mind, the smartphone looks less like a cigarette pack and more like the magical footlocker (dropbox!) for one’s multiple but personally-identifiable worlds.

Attorney William Carleton is a member of McNaul Ebel Nawrot & Helgren PLLC, a Seattle law firm. He works with startups and emerging tech companies, their founders and investors. He posts regularly about tech-related legal issues on his blog. Follow him on Twitter @wac6.