The popular Spotify music service is making headlines in Europe this morning with new limits on its signature offering — cutting back on the amount of on-demand music that longtime users can access for free.

Some of those users are decidedly unhappy about the situation. But to those of us on the other side of the pond, the “Spotify Open” service still looks pretty good, even with the tighter restrictions. If this is the model that allows Spotify to finally expand to the United States, we’d encourage our fellow music fans over there to suck it up and take one for the global team. 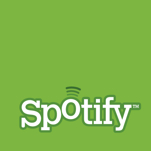 A primer for anyone new to the concept: The appeal of Spotify’s free version is the ability to access any track or album in the company’s music catalog on demand. In other words, it offers more control than radio services like Pandora, but with no monthly fee (although there are premium versions with extra features and no ads). This is why Spotify’s U.S. plans are viewed as such a threat to Rhapsody and other subscription services.

Last year, Spotify capped the total amount of free on-demand listening to 20 hours a month. Under the new restrictions announced this morning, the limit will be brought down to 10 hours per month for anyone on the service for more than six months. Users will also be limited to five free plays of any individual track.

“Above all, this means we can continue making Spotify available to all in the long-term,” writes co-founder Daniel Ek in the post announcing the changes.

Spotify has so far signed two music labels for a U.S. version of the service but needs more to offer a comprehensive catalog. Writes Robert Andrews of PaidContent.org: “My bet is, Spotify’s new, less-free European tier is a template for the kind of free service it will launch Stateside — U.S. label negotiations have now informed a redefinition of the service over the pond.”

The Financial Times explains that the new restrictions would also make Spotify more financially viable — and better-positioned to expand — by reducing its costs. That’s because the company pays a fee to the music labels for every play of a song on its service.

It’s a good reminder that there’s really no such thing as “free.”