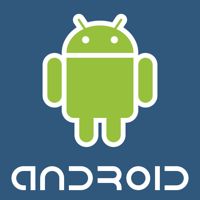 A report out of South Korea this morning says Microsoft is continuing its effort to get royalties from makers of Google Android devices, seeking as much as $15 per phone from Samsung for every Android device the company sells.

That’s three times the amount that Microsoft reportedly gets from HTC under an Android licensing deal struck by the company last year. But as explained by ZDNet’s Mary Jo Foley, the figure quoted in the report this morning is more likely a negotiating position by Microsoft — its “saber-rattling price” — as opposed to the amount the company actually expects to receive.

As we’ve noted in the past, this isn’t so much an effort by Microsoft to generate revenue as it is an attempt to add a cost to Android devices, creating a level playing field for Microsoft’s own Windows Phone 7. Microsoft would put it a slightly different way: It’s trying to show that Android isn’t free, based on Microsoft’s contention that Android uses technologies that Microsoft has patented.

But it’s not just Microsoft that’s keeping Samsung’s lawyers busy. Apple is also ratcheting up the pressure by filing a new case in its separate patent dispute with the electronics manufacturer, according to a Bloomberg News report today.