In tech, nothing quite equals the siren lure of “free.” I still recall a friend of mine from Microsoft being amazed at the continued appeal of the lowly t-shirt. She described, in an awestruck-yet-cautionary tone, trade show attendees who happily applied Microsoft tattoos to their faces in the hope of being spotted on the show floor and awarded free t-shirts (with, of course, another logo plugging Microsoft).

But when I say “free,” I don’t mean t-shirts, open source software or even digital products and services we expect to be free because – like personal email, social networking sites and news – they are provided by so many companies that we think of them as commodities (and for which we pay with our personal information and/or exposure to advertising).

No, I mean “free” proprietary software and content that we’d expect to carry a price tag. When there’s no charge, geeks flock as if the general rules of commerce don’t apply. It also means Ulysses was likely the first consumer protection advocate – when faced with a siren lure, he was smart enough to lash himself to a mast. 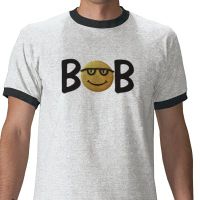 Not all of us are that smart (or have valiant friends with rope handy and beeswax in their ears). We want to believe every proffered meal is a no-risk lunch. Yet based on recent experience, I found eventually you do pay, often in ways you may not expect.

Two of my recent teachable moments:

“Free” personal VPN. Anyone who uses a public WiFi hotspot knows, deep down, it’s a good idea to use a virtual private network to encrypt what’s flying through the air between your device and the WiFi router. In order to try a personal VPN before subscribing to a service, based on prominent reviews I installed AnchorFree’s Hotspot Shield. I thought putting up with some annoying banner ads was a small price to pay for the added security and “free”-dom.

A year ago I’d finally had it with the lame performance and annoying ads, so I removed Hotspot Shield using the uninstaller in Windows’ Add or Remove Programs Control Panel. Or so I thought.

Recently, I discovered Internet proxy settings that seemed related to Hotspot Shield. Examining my laptop some more, I found remnants of the program in my network adapters, Windows registry and Windows files. Searching Google, I discovered many other people had similar problems after using AnchorFree’s stock uninstaller – and in several reported cases, Hotspot Shield would repeatedly try and re-install itself after being uninstalled. Apparently Hotspot Shield wanted to be the Godfather 3 of software: It wouldn’t let you stop using it.

No problem, I thought. I’ll do a full manual uninstall. What I quickly learned is while AnchorFree’s website makes it easy to install and tell all your friends, there is only a single well-hidden support page with a basic, seven-question FAQ. No user forums. No detailed uninstall instructions.

Of course, I couldn’t use CCleaner or Revo Uninstaller since I’d already run the Windows uninstaller. I did several more Google searches, found a unrelated site with instructions, and spent a couple of more hours cleaning up the laptop. And thanked myself for having switched to paid, reliable and insanely-easy-to-reach personal VPN provider WiTopia.net a year earlier.

“Free” streaming music. I’ve used Pandora, I’ve used Slacker. So when Spotify recently made it across the pond to the U.S. propelled by Twitter peeps giddy to be considered Spotify insiders, I was pleasantly surprised to hear that listeners could stream specific songs, artists and albums – basically, full direct access to any song. Even in the free version. It also played nicely (so to speak) with all the music I already had on my hard drive, intelligently knowing when it didn’t need to stream a selection.

I signed up. Installed the application. Tried it. Initially loved it. But was less pleasantly surprised to see that when Spotify wasn’t playing audio, it was using my network connection. A lot.

Google searching this time uncovered something not immediately disclosed by Spotify: the application employs built-in peer-to-peer networking technology to share streaming music from its cache on my computer with other Spotify users who want the same tunes, presumably taking the load off Spotify’s own servers. There’s almost no mention of this P2P functionality on Spotify’s own site. And no way to throttle or turn off the upstream P2P use in either the free or paid version which, probably, is a key part of Spotify’s business and technology model. (As is a large local hard disk cache, reportedly a minimum of 1GB. At least hard drive space is cheap.) 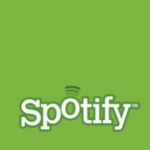 Spotify, effectively, shifts some of its bandwidth costs to users which, in a perfect world without relatively new Comcast, Verizon Wireless and AT&T bandwidth caps or tiered pricing, would not matter. Yet it does. No “free” streaming service is worth the risk of pissing off the Xfinity limit police and losing my Internet service.

True price of free Spotify? Slowing down my system even when I’m not actively using the program, and potential cancellation of web access. At least it uninstalled cleanly.

In the cases of both Hotspot Shield and Spotify, the problem wasn’t so much the eventual price I paid as much as the fact that the true cost wasn’t clear until after I’d committed.

There are other instances in which digital consumers are finding the “free” version of what once was paid has hidden catches. For example, one I’ve written about is “free” instructional content for schools (formally known as Open Educational Resources, the curriculum content equivalent of open source software). OER has great appeal as educators face shrinking budgets and outdated paper textbooks.

OER already has been put to good use by savvy and motivated teachers. But at the recent International Society for Technology in Education conference, administrators were starting to wonder who – or what – was going to intelligently tie free content chunks together into actual, usable lessons and units for all teachers as OER use spreads. Commented one state education official, “No [educator] is down in their basement at 2am, saying ‘I’ve got to crank out this scope and sequence.'”

The lesson I’ve been taught? Before installing a free software or service, I ask the question I used to pose before attempting any do-it-yourself home improvement project: If it goes badly, what’s the worst that could happen? (Hint to homeowners: After a certain point, you stop asking  this question if either running water or electricity is involved.)

If, for that cool “free” software, content or service, it’s just wasted time, it may be worth the risk. But if it’s your system stability, your Internet access or even your kid’s teacher showing up exhausted and unprepared, well … you may want to reconsider.

A free t-shirt might simply shrink. That, at least, is a price for a “free” technology product I’m willing to pay.