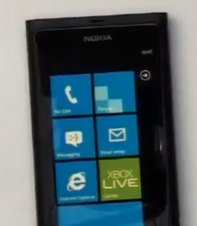 Here’s an unusual one: The head of developer marketing for Nokia in North America has put up a poll asking, well, pretty much everyone what the company should call its series of Windows Phones when they’re released in the United States.

We figured this would be the subject of high-level discussions between Microsoft and Nokia executives. And it may well be just a way of engaging and involving the community in the process, as opposed to actually turning over the decision to the masses.

At any rate, here’s your chance to weigh in on the issue.

Choices range from the space-inspired Nokia Voyager and Nokia Atlantis to the more ordinary Nokia Pure and Nokia Force. Another that seems natural under the circumstances is the Nokia Challenger.

There’s also an option for write-ins. Be sure to let us know how you vote, if you do.