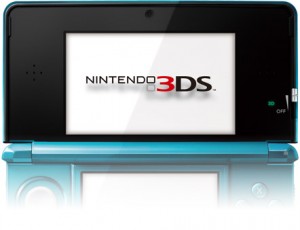 Nintendo’s 3DS didn’t sell as many units in its U.S. launch last month as the original Nintendo DS did during its 2004 debut. But the higher price for the new handheld, $250, was enough to top the original in initial revenue.

That’s the word from the NPD Group market research firm this afternoon in its monthly report on U.S. video-game sales. The pattern suggests that Nintendo’s premium price for the 3DS is paying off for its business, at least initially.

The 3DS launched in the U.S. on 3/27, so seven days of retail sales are included in this months results.  The 3DS launch compares quite favorably to that of the best-selling dedicated handheld gaming platform of all time, the Nintendo DS. While the 3DS sold about 100K units less than the DS did in its launch month, we must consider that the DS launched in November and had holiday seasonality and a price differential of about $100.  Because of the price differential, the 3DS generated greater revenues than did the DS in its launch month in November 2004. In addition, the 3DS was launched in an environment where there are more devices that can support the portable gaming experience such as tablets and smartphones.

The best-selling hardware platform for the month was indeed the Nintendo DS despite the launch of the 3DS at the end of the month.

Also of note from Frazier: “Despite selling fewer hardware units in its debut month as compared to the DS, more units of 3DS software sold through retail this month than did DS software in November 2004.”

In other Nintendo news, GameInformer today quotes sources saying that Nintendo will unveil a new “Nintendo HD” console, successor to the Wii, this summer at the E3 video-game convention, if not sooner.

Update: Nintendo gave specific numbers for the 3Ds in a news release, saying it sold slightly less than 400,000 units in the U.S. during the launch week, by NPD’s count.

Update II: Here’s a look at the broader market, including details of another strong month for Microsoft’s Xbox 360.