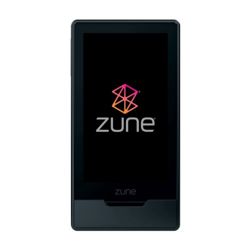 Microsoft plans to port its internally developed Zune HD apps to Windows Phone 7 in a move that highlights one of the challenges that hampered the company’s dedicated music hardware.

“The apps that we have built internally for Zune, we’re actually looking at porting those over to Windows Phone,” says Zune senior business development manager Dave McLauchlan on a recent episode of the company’s Zune Insider podcast, as reported by Softpedia and transcribed by journalist Paul Thurrott. “Right now, our focus for the app team is, more apps for Zune. Zune owners would like to hear that there’s more stuff coming. So that’s definitely the case.”

You may recall the reports a couple months ago that Microsoft has decided to stop developing new versions of its dedicated Zune hardware, while continuing to sell the existing version of the device.

The company hasn’t ever directly confirmed or disputed that original report by Bloomberg News. However, McLauchlan has warned in the past to “treat with healthy skepticism anything you read,” and added that Microsoft would continue making games and apps for Zune devices.