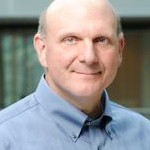 Steve Ballmer is taking it on the chin yet again this week, this time for a reportedly uninspired performance at Microsoft’s annual employee meeting.

Tech bloggers are abuzz over anonymous comments on the anonymous Mini-Microsoft blog asserting that the Microsoft CEO’s appearance on stage prompted many employees to leave Safeco Field “in droves” for bathroom breaks or, worse yet, a comfortable booth at nearby pub.

Business Insider has done an entire slide show of the anonymous comments, of course.

The meeting was closed to outsiders so we don’t know if the situation is being exaggerated. But we’ve known for a while that Ballmer has been falling out of favor with employees.

Here’s the deal: You can argue forever about the company’s direction, and whether Ballmer is the right person to lead Microsoft at this point in its corporate lifecycle, and we know you will.

But with Ballmer maintaining the support of the company’s board — including its chairman and his longtime friend, Bill Gates — the simple reality is that it’s going to take some cataclysmic event or a major shareholder revolution to shake things up at the top of the company.

No, it’s not good if a company’s employees treat their CEO’s speech like the ninth inning of a baseball blowout, aiming to get back across 520 before the evening commute, if that’s what happened. But all this passive-aggressive, anonymous chatter is hard to take seriously until the people who own the company — which includes those employees, by the way — decide to do something real about it. 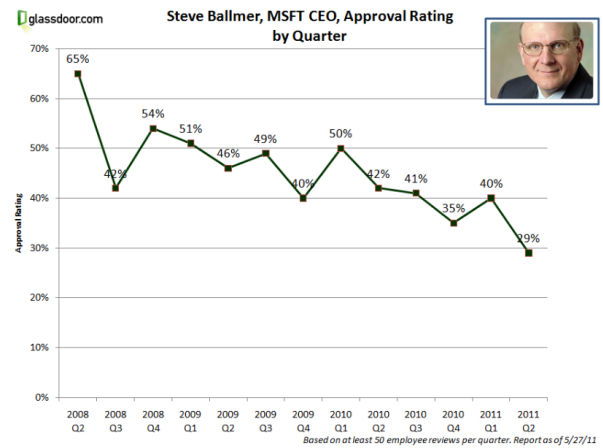 Previously: Microsoft board member says group is no rubber stamp