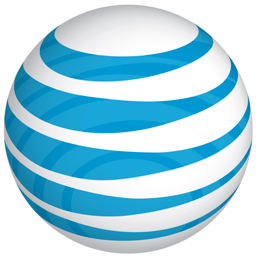 In a shocker that promises to reshape the U.S. mobile industry, AT&T this afternoon announced a definitive agreement to buy Bellevue-based T-Mobile USA from its parent company, Deutsche Telecom, in a cash-and-stock deal valued at $39 billion.

The deal, already approved by the boards of both companies, would unite one of the largest carriers in the country with the No. 4 player in the market. It’s a surprise in part because Sprint had been considered a more likely acquirer of T-Mobile.

The acquisition is subject to regulatory approvals and isn’t expected to close for 12 months — a sign of just how mammoth the purchase is.

In the news release announcing the deal, AT&T previews the case it will make to regulators about the implications of the deal for the wireless market.

The U.S. wireless industry is one of the most fiercely competitive markets in the world and will remain so after this deal. The U.S. is one of the few countries in the world where a large majority of consumers can choose from five or more wireless providers in their local market. For example, in 18 of the top 20 U.S. local markets, there are five or more providers. Local market competition is escalating among larger carriers, low-cost carriers and several regional wireless players with nationwide service plans. This intense competition is only increasing with the build-out of new 4G networks and the emergence of new market entrants.

AT&T is promising better voice coverage and service as a result of combining their networks. “At closing, AT&T will immediately gain cell sites equivalent to what would have taken on average five years to build without the transaction, and double that in some markets,” the company says.

What about the impact on the Seattle region from an economic perspective? From AT&T’s announcement (emphasis added):

“Bringing AT&T and T-Mobile USA together will create an impressive workforce that is best positioned to compete in today’s global economy. Post-closing, AT&T intends to tap into the significant knowledge and expertise held by employees of both AT&T and T-Mobile USA to succeed. AT&T is the only major U.S. wireless company with a union workforce, offering leading wages, benefits, training and development for employees. The combined company will continue to have a strong employee and operations base in the Seattle area.”

On another front, presumably this means the end of those T-Mobile ads poking fun at AT&T?

Potentially smoothing the combination of the networks, AT&T and T-Mobile both operate on the GSM mobile standard, one reason they were both the first in the U.S. to carry Microsoft’s Windows Phone 7.