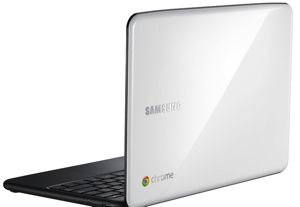 Google today unveiled the first wave of “Chromebooks” — notebook computers running the company’s Chrome OS, to be available starting June 15. The initial machines from Samsung and Acer, will sell for $349-$499, depending on the manufacturer, specs and optional mobile broadband. They’ll also be sold on a subscription basis for schools ($20/user per month) and businesses ($28).

Already there’s plenty of valid skepticism about Google’s prospects for success. But regardless of whether these particular machines set the market on fire, the approach that Google is taking says a lot about its view on the direction of the market. Like the iPad, this is another vote for the value of a device positioned somewhere between the phone and the full-fledged computer.

Google previewed its pitch in the blog post announcing the Chromebooks this morning.

These are not typical notebooks. With a Chromebook you won’t wait minutes for your computer to boot and browser to start. You’ll be reading your email in seconds. Thanks to automatic updates the software on your Chromebook will get faster over time. Your apps, games, photos, music, movies and documents will be accessible wherever you are and you won’t need to worry about losing your computer or forgetting to back up files. Chromebooks will last a day of use on a single charge, so you don’t need to carry a power cord everywhere. And with optional 3G, just like your phone, you’ll have the web when you need it. Chromebooks have many layers of security built in so there is no anti-virus software to buy and maintain. Even more importantly, you won’t spend hours fighting your computer to set it up and keep it up to date.

With sales of traditional PCs recently slumping — and netbooks in particular taking a gigantic hit — the Microsoft Windows team will no doubt be paying close attention to how the Chromebooks are received. Good or bad, there should be lots be lessons for the Redmond company from the launch.