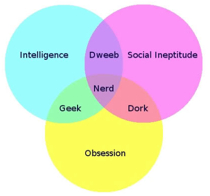 As you might imagine, we here at GeekWire gave a lot of thought to the meaning of the word “geek” when we were coming up with a name for this site. We ended up settling on something along the lines of the definition put forth by this Venn diagram.

As an equation, it would be expressed, Geek = (Intelligence + Obsession) – Social Ineptitude.

And it turns out that a growing number of people would agree.

Today, May 25, is Geek Pride Day. And to commemorate the occasion, IT staffing services firm Modis commissioned an exhaustive study on practically every aspect of geekdom, aiming to highlight the value geeks bring to the workplace. Among the findings: 57 percent of Americans consider it a compliment to be called a geek, and 17 percent identify themselves as a geek. Younger generations are embracing the word at an even higher rate. And almost twice as many people would rather be called a geek than a jock.

Those are just a few of the findings. Continue reading for selected charts and data. 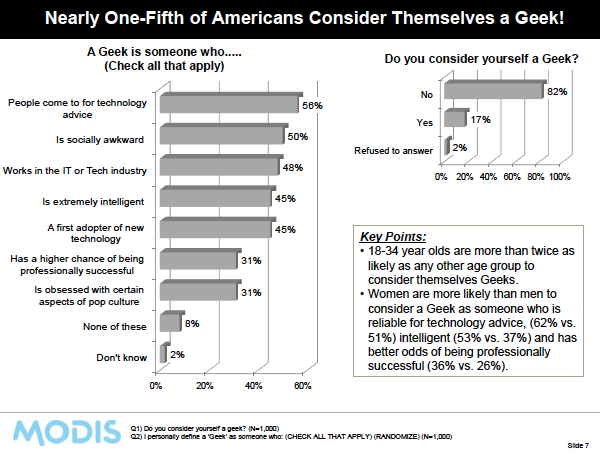 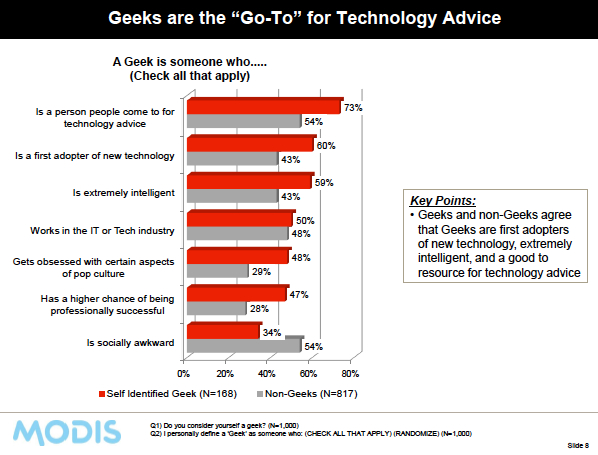 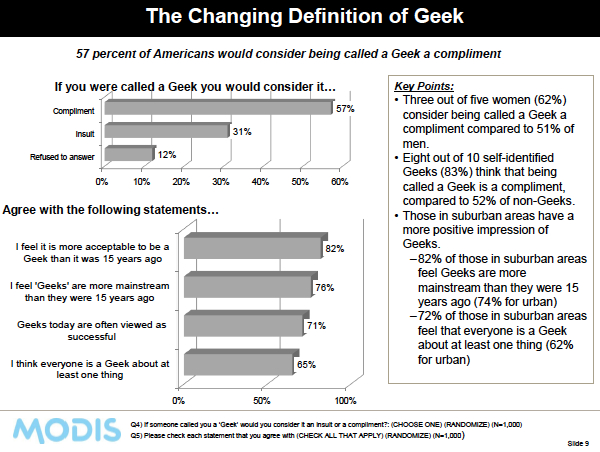 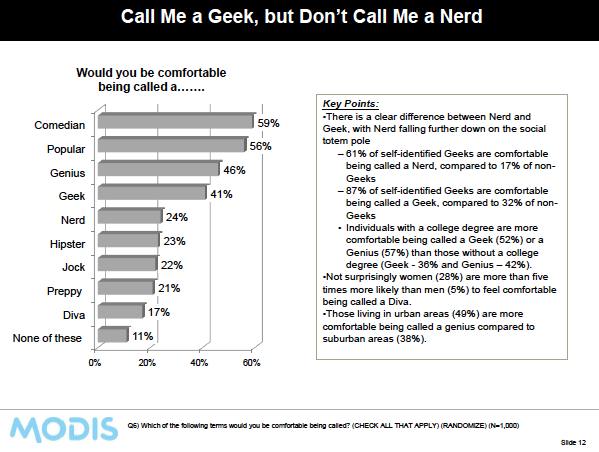 More stats and findings from the Modis study in this news release.

(Thanks to GeekWire reader Bob Wise for originally pointing us to that Venn diagram.)