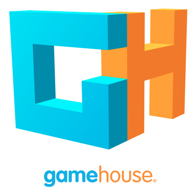 GameHouse says it will open a larger office for its games studio in Victoria, B.C., and plans to more than double its staff there to at least 45 people by the end of 2012 — part of a bigger focus on social games for the RealNetworks division.

The expanded office will be headed up by Alex Mendelev, who joined the Seattle-based company with its acquisition of Victoria-based social games company Backstage Technologies last year.

“Social game development is the number one priority for our company in 2012 and Victoria is an attractive area for expansion due to the city’s high caliber of talent combined with a great quality of life,” said Matt Hulett, the GameHouse chief, in a statement. “I believe this strategic expansion of our social games studio in Victoria will not only grow our games portfolio, but it will also solidify our leadership position in the overall games industry.”

GameHouse says it has invested $10 million towards social gaming in 2011, with 3.7 million users playing all its social games each mont. The company is hiring in Seattle in addition to Victoria.

The larger studio in Canada, opening in January, will make games for platforms including Facebook and Google+.

The announcement follows Microsoft’s decision to open a new gaming studio in Victoria that could employ as many as 60 people.