“This isn’t an iPod killer. This isn’t even going to give the iPod a bad case of the sniffles.” — tech industry analyst Michael Gartenberg, speaking to me in September 2006. 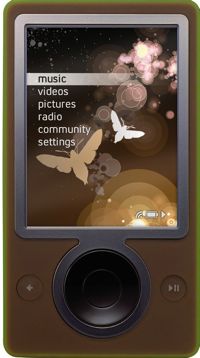 I remember my gut reaction to the first Microsoft Zune. I was packed into a conference room with a bunch of other reporters at the makeshift Zune headquarters, inside an otherwise ordinary office building near the end of state Route 520 in Redmond, Wash. When Microsoft executive Chris Stephenson dramatically unveiled the device, one thought flashed across my mind.

It was a bold move, to say the least — the subject of many jokes in the months that followed. And with the news yesterday that Microsoft will no longer manufacture new versions of the Zune hardware, the risk is that the Zune device will go down in history as little more than a misguided and ultimately unsuccessful attempt to challenge the iPod’s dominance in portable music players — distracting Microsoft while Apple was moving on to break yet more ground with the iPhone and now the iPad.

OK, so that’s pretty much exactly what it was.

However, I’m going to be contrarian and point out that the Zune was not a total failure. Yes, some might accuse me of trying to polish a Zune here. But the device does not deserve a place next to Kin and Bob in the Microsoft Hall of Shame.

The latest version, the Zune HD, is truly a slick gadget, maybe the nicest piece of hardware the company has developed. Yeah, it doesn’t run Windows Phone apps, but as a pure-play music device — with a subscription service! — it’s pretty hard to beat.

In its later years, the Zune was also important as an early showcase for Microsoft’s “Metro” design scheme, which has since made its way onto Windows Phone and other Microsoft products. The Zune-branded music and video services will also outlive the hardware, continuing to exist on Windows Phone and Xbox Live, at least for now.

But the Zune device, it appears, is finally getting flushed.