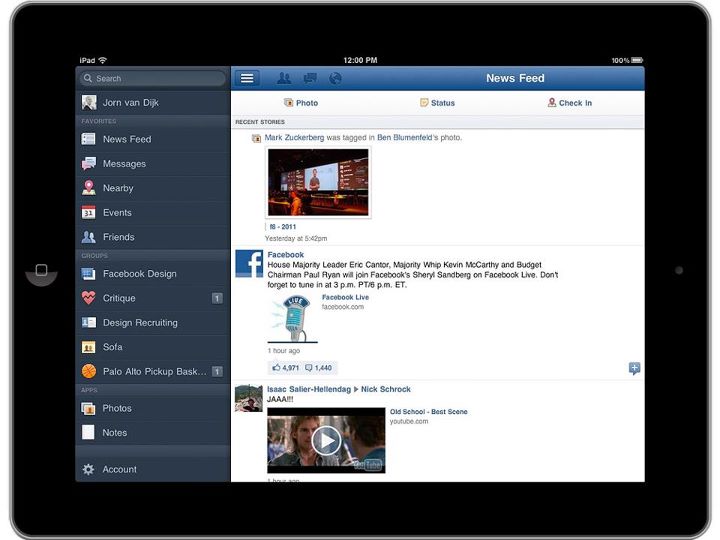 After months of rumors and unfulfilled anticipation, a native Facebook app for iPad was starting to seem less likely than Slash and Axl Rose getting back together for a real reunion tour.

The app was finally released today, and it’s pretty cool, with features including a left-hand navigation bar and coffee-table style presentation of photos. But really, why did we have to wait so long for this?

Nick Bilton of the New York Times explains that Apple and Facebook “have been caught in a stalemate over disagreements on coming projects” after they couldn’t come to terms over Facebook integration into Apple’s Ping social network for iTunes.

Update, 4 p.m.: Matt Rosoff of Business Insider sheds more light on the situation, reporting that Facebook is preventing third-party developers from using its Facebook Credits system inside Facebook’s iOS app, instead leveraging Apple’s infrastructure, which gives Apple a 30 percent cut of in-app purchases. He write, “Now we have a pretty good idea what took so long to get the iPad app approved — Facebook and Apple were probably going back and forth over this point. Apple won.”