Bungie, the Bellevue-based video-game company known for the blockbuster Halo franchise, is finally going public with details of its “Bungie Aerospace” project, after teasing its fans with a series of cryptic trademark filings and corporation registrations. Turns out Bungie isn’t building an actual rocket. But it is creating a launch pad.

Under the Bungie Aerospace initiative, the company will partner with independent game developers to help them create and market new mobile and social games.

Its first partnership is with Seattle-based game developer Harebrained Schemes, led by Jordan Weisman. Harebrained’s first mobile game, “Crimson,” will launch on Android and iOS devices this summer, with help from the Bungie Aerospace crew and the Bungie community.

“It really is the space race metaphor,” said Eric Osborne, Bungie community manager, explaining the inspiration for the name. “We have some of our own internal, proprietary rocket fuel that we’ve been developing for 20 years. We’re going to give them access to it, help them launch their games into orbit and thrust them into the public eye. For us it’s about getting great games into the market, and also learning about the process — what it takes for these guys to build their rockets.” 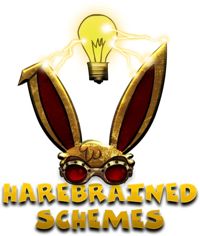 Bungie, which was previously spun out of Microsoft as an independent studio, is working with Activision on a new game franchise, the details of which haven’t yet been announced. That project remains the primary focus of Bungie overall, said Pete Parsons, Bungie’s chief operating officer, describing Bungie Aerospace as “a very small effort on Bungie’s part.”

“The vast majority of what we’re doing is focused on our next big universe,” Parsons said. However, he said, Bungie Aerospace will provide “an incredible learning experience.”

Bungie and Harebrained aren’t disclosing the business terms of their arrangement, and the specifics of other Bungie Aerospace partnerships will vary depending on the circumstances, the company says.

Parsons: “As an independent developer we think that we have a great opportunity to partner with small, independent developers who want to bring their visions to life. We love games. We love playing games on console, on mobile, pretty much everything. We thought, wow, we’ve been so fortunate over the last 20 years that it’s a great opportunity for us to work with some small developers — some of the names you know, like Jordan, some of the names you don’t — to help them realize those visions. And then we have a fantastic community, to bring some of those experiences to the community. That’s really exciting for us, and I think along the way we’re going to learn a lot about this space.

Osborne: “We have great QA, great usability, great test teams that we can allow these smaller teams access to. And then it’s about boosting the games that they create into orbit. Putting them in front of the public. We have millions of fans that come to (bungie.net) on a regular basis, and that enjoy gaming as much as we do. It’s totally platform agnostic. We’re not interested in shaping the game or writing the stories for them. It’s just all about letting them achieve success and execute their creative vision. We get to learn, we get to be part and parcel to the process.”

Weisman on the collaborative process: “All the development is done at my shop. The primary points of interface with the Bungie team are things like (quality assurance), usability, testing. The audio teams gave us a couple days and really juiced up our sound effects, stuff like that. But the game is being fully developed at my studio. That said, we’ve been getting tons of great feedback from people at Bungie. The main reason they’re into this is they want to play a few types of games and help make them and learn from them. So it’s been great to get that feedback.”

Osborne on Bungie’s knack for mysteries and teasers:  “I think we’re just having fun. I don’t know if we have any real secret, or formula. It’s not really a planned approach. We get a bunch of dudes in the room. We have a lot of talented, creative people on our development staff. … We make games, that’s what we do for a living. It’s just fun. It really is fun and games.”