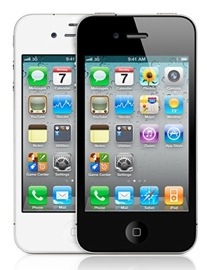 Updated with details from the company’s conference call.

Apple this afternoon reported a 54 percent increase in quarterly profits, to $6.62 billion, but that was less than Wall Street was expecting, and the company’s shares are taking a beating in after-hours trading. The unlikely culprit appears to be the iPhone, which sold at slower pace than analysts had been projecting — 17.07 million units compared with more than 20 million units anticipated in some estimates.

This is the first quarterly earnings report for Apple since the death of Steve Jobs.

Tim Cook, in his first earnings report as Apple’s CEO, was upbeat about the company’s results in a statement.

“We are thrilled with the very strong finish of an outstanding fiscal 2011, growing annual revenue to $108 billion and growing earnings to $26 billion,” he said. “Customer response to iPhone 4S has been fantastic, we have strong momentum going into the holiday season, and we remain really enthusiastic about our product pipeline.”

It’s common in the tech industry for sales of incumbent products to wane somewhat as consumers anticipate the announcement of a new version. Anticipation of a potential iPhone 5 debut was extremely high over the past few months in the buildup to what was eventually revealed to be the iPhone 4S debut, and it’s possible that Apple’s results were affected by consumers holding off on iPhone purchases until the release of the new device.

We’re listening to the company’s conference call for more information.

Update: Reading a short statement on the company’s earnings call, Cook expressed thanks for the public’s outpouring of support following the passing of Steve Jobs, and said the company is determined to continue the work that Jobs loved.

My guess about the iPhone 5 speculation was right. Apple chief financial officer Peter Oppenheimer said on the call that “iPhone sell-through did decline across the quarter as new product speculation intensified.”

Cook says he’s confident that Apple will set an all-time record for iPhone sales in the current quarter. The iPhone 4S sales are so far exceeding the company’s “wildest dreams.”

He acknowledged that one factor in iPhone sales falling short last quarter was the company departing from its usual practice of summer releases. “The reduction happened largely in the back half of the quarter, as the speculation hit extreme highs,” he said.

Here’s the official sales tally for Apple’s products for the quarter.