The demand for fintech apps is rising as more people realize the perks of working on the go. What would you look for in a perfect mobile solution?

Having an app has long become a law of common decency for financial companies. According to the StatCounter Global Stats, by March 2019 around 49% of users prefer mobile, while 47% are still into the desktop, with only 4% working from the tablet. If we dig deeper into the stats, the number of mobile users increases for certain regions. 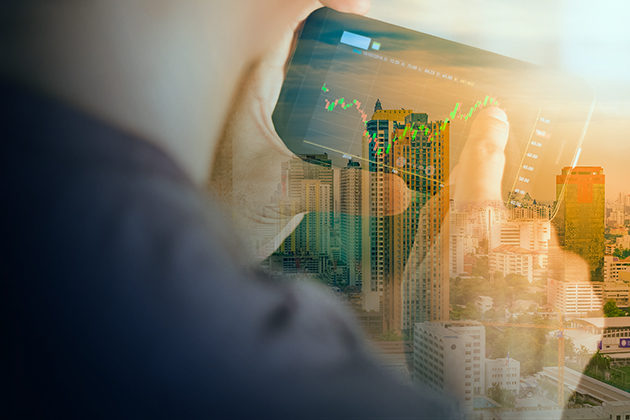 Seems like the total dominance of mobile solutions is just a matter of time, but the farther a client drifts away from the PC, the higher their expectations for the fintech apps. Are we ready for that?

“Working on the go is a very natural thing to do since speed is the most valuable asset in this industry. It was clear to me right away, this is why we started to re-consider the Thinknetics strategy and largely focused on mobile solutions. The industry is growing fast, and it’s important to find and implement the newest, most-needed features – a modern user is very picky with software, you know.” – says Thinknetics CEO Denis Slinkin.

So, what would people look for in a fintech app?

Usually, it’s hard to combine the two, and apps that succeed in both win the market. Fintech is generally fragile since bad people may try to invade an industry with money involved, so investing extra in security is a smart move for developers, and keeping it free at the same time makes an app almost invincible.

These days, companies can use sophisticated encryption protocols and get specific licenses to fully protect their software. It’s not just important to check out if your app is secure, it’s a must and the first thing you would look for.

Concise but not too weak

The key challenge with such apps lies in balancing functionality and lightness. On the one hand, you want to have all the necessary stats and instruments at your fingertips; on the other hand, a too bulky application is a no-go because losing money to an unexpected glitch is the last thing you want.

“As I said, speed is crucial. At Thinknetics we would never go with a feature if it slows down the overall performance – at least until we find a way to make it glitchless”, – claims Denis Slinkin.

Smart inside, simple outside

News, charts, trends, updates, stats  – different people use different data to make their decisions in the market, so it’s great to have it all at hand when needed. But how much is too much?

“I see some developers that neglect the #1 rule while trying to pack their apps with as many tools as possible – user-friendliness. Nobody wants to swipe around and dig into the settings for 20 minutes, so if your app doesn’t feel like a puzzle for a 5-year-old, this is a bad app”, – says Mr. Slinkin.

Okay, let’s imagine you found several apps that meet all the requirements mentioned above. What’s one thing that will make you make the final decision? The Thing! Something that makes it stand out, be it advanced charting functions, simplified execution, advanced payment options – whatever can set the app apart.

“5 years from now, nobody will sit down to a desktop to trade. Trading apps are on the rise, but there are so many things yet to be discovered and implemented. Here at Thinknetics, we want to be in the front line combating the challenges and delivering the product of tomorrow”, – concludes Denis Slinkin.

Are you excited to see the future of trading applications?