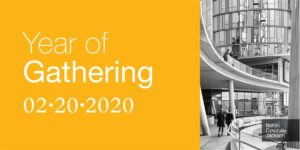 A Year of Gathering: Rethinking Public Space in Seattle

Join us for a conversation focused on Seattle, its urban livability, and the role of streetscapes and publicly used spaces to shape the city positively.

Like other rapidly densifying regions across the United States, Seattle is experiencing significant growth and increasingly complex development issues. Large-scale projects, like the removal of the Viaduct, have offered a unique opportunity for Seattle to positively transform its urban fabric while grappling with added density and growth. There are new opportunities for public spaces to be embedded in private buildings, at the street level, on green roofs, and even interior public amenities. What would the future of Seattle look like if more private projects gave back to the public realm? What are the possibilities of rethinking the city?

This conversation, moderated by Peter Miller, aims to create a rich dialogue about the challenges and opportunities facing design professionals as we consider Seattle’s urban livability.