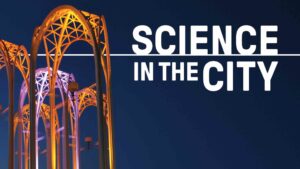 CANCELED: Science in the City: Womexn of Color in STEM

Womxn of color have made significant contributions to the fields of science, technology, engineering, and mathematics (STEM) throughout history, yet remain underrepresented in STEM fields. Black, Hispanic/Latinx, and Indigenous womxn represent nearly 16% of the U.S. population ages 18-44 but only 10% of the nation’s STEM bachelor’s degrees and 6% of doctoral degrees. Professionally, half of all womxn working in STEM say they have experienced gender discrimination at work, while roughly a fifth have personally encountered sexual harassment.

To discuss, we’re joined by Angela Jones, CEO of Washington STEM, who moderates a panel featuring STEM workers from a diversity of identities and professional backgrounds. Panelists will share their experiences as womxn of color working in STEM, reflect on changes they’ve observed throughout their careers, celebrate their professional achievements, and discuss the future of womxn of color in STEM.

Why womxn and not women? The spelling of womxn is intended to show inclusion of trans, nonbinary, womxn of color, womxn with disabilities and all other marginalized genders. We welcome and respect people of all genders and identities.

Learn about the Pacific Science Center’s commitment to breaking down barriers for girls and women in STEM.