Event Will Start In

The online collaboration pioneer and former Microsoft software chief shares his insights into the future of technology and lessons from his entrepreneurial experience as he makes the transition back to the startup world with a new technology venture of his own.

Mobile Meeting of the Minds

From texting to gaming, sharing information to consuming entertainment, mobile technology has changed the way we interact with our increasingly digital world. Todd Bishop moderates this diverse panel, touching on how these technologies impact our businesses and our lives.
3:15-3:30

Continuing on the mobile theme, we’ll learn about the Hulu CTO’s “roll your own” philosophy of building a successful technology company. Glean Richard Tom’s insights on how we can overcome the challenges of device fragmentation and improve the situation for app developers and users alike.

Get inside tips on innovative ideas, teams, companies, and cultures from the technologists who helped build successful companies from the ground up. Push the boundaries of your thinking and get insights into the imagination of these luminaries, moderated by the University of Washington’s Ed Lazowska.
5:00

Enjoy a brief discussion on the impact of technology on the business of music…and a couple of tunes from HP’s Dave Dederer, co-founder and owner of the multi-platinum grammy-nominated Presidents of the United States of America.

Join us in raising our glasses and celebrating the innovation in our region, as well as GeekWire’s first birthday.  From signature cocktails to cupcakes, expect an evening of festivity and conversation in signature GeekWire style.

David Bluhm has founded, co-founded or held senior positions in dozens of start up companies resulting in 2 IPOs, 7 acquisitions and over $32 billion in high water market value.

Cole Brodman is currently Senior Vice President of Product Development and Chief Technology and Innovation Officer for T-Mobile USA. Mr. Brodman has been with T-Mobile and its predecessor companies, VoiceStream Wireless and Western Wireless, for more than 13 years. In his current capacity, Mr. Brodman is responsible for ideation, development and operations of new products, services, mobile phones and devices. Additionally, he is responsible for the evolution of T-Mobile’s network and technology base, as well as the national engineering of the core systems that run T-Mobile’s wireless network.

Lili Cheng is general manager of Microsoft’s Future Social Experiences (FUSE) Labs, which focuses on software and services that are centered on social connectivity, real-time experiences, and rich media.Previously, she was the director of the Creative Systems Group (CSG) within Microsoft Research.
CSG developed several projects in the area of social computing and design, including Kodu, an Xbox 360 game to teach kids programming concepts; Salsa, a project that combines email and social networking concepts; and a project that rethinks how we view and share files within the operating system. Lili’s team also was responsible for Microsoft Research’s Design Expo and Social Computing Symposium.Previously, Lili was director of user experience for Microsoft Windows, where from 2004 to 2006 she oversaw design, user research, user assistance and advanced development for Windows Vista.
Lili joined Microsoft in 1995, in the Virtual Worlds research group where she worked on social applications such as V-Chat and Comic Chat. She started the Social Computing Group within Microsoft Research in 2001, where the team built various social networking prototypes including Wallop (which spun out as a separate company in 2004), Photostory (which shipped in Windows), and the Sapphire project, an early vision for redesigning Windows.Prior to Microsoft, Lili worked in Apple Computer’s Advanced Technology Group, on the User Interface research team, where she focused on Quicktime Conferencing and Quicktime VR.
Lili is also a registered architect; she worked in Tokyo and Los Angeles for Nihon Sekkei and Skidmore Owings and Merrill on commercial urban design and large-scale building projects. She has taught at NYU-Interactive Telecommunications as well as Harvard University.Lili was born in Tokyo, is married with three boys, and lives in Bellevue Washington.

Dave Dederer’s stated goal is to play a significant role in building the dominant new music business paradigm(s), and he’s living the dream both in his day job and in the plethora of orgnizations in which he is involved. He has served as a mentor for Tech Stars, serves on the board of One Reel, the advisory board for AudioSocket, and the new media committee for Classical KING FM. Prior to joining HP, he led business development for venture-backed Melodeo, through its successful sale to HP. (photo courtesy of D’Arcy McGrath)

Jocelyn Goldfein is a Director of Engineering at Facebook, where she helps manage the engineering team and oversees new product design and architecture. Presently she is focused on News Feed and search. Prior to joining Facebook, Jocelyn was Vice President of R&D at VMware, where she ran the engineering and product teams for VMware’s desktop products. She previously was Director of Engineering at e-mail management start-up MessageOne. Jocelyn holds a bachelor’s degree in computer science from Stanford University.

Jon Irwin serves as Rhapsody International’s top executive. He joined Rhapsody America in 2009, serving as the venture’s chief operating officer and chief of staff before planning and overseeing the company’s spinoff into a standalone company earlier this year.
Across his entire career, Irwin has specialized in building strong subscription businesses. Prior to Rhapsody, Irwin held senior positions with a variety of companies in the telecommunications market, including Boingo Wireless, Earthlink, InfoNet Services Corporation, and WorldCom, among others.
Irwin earned an M.B.A. from the Anderson School of Management at the University of California Los Angeles. He also holds a bachelor’s degree in mechanical engineering and a master’s degree in systems engineering from the University of California San Diego.

Lazowska’s research and teaching concern the design, implementation, and analysis of high-performance computing and communication systems. For the first ten years of his career, Lazowska’s principal focus was computer system performance: the development of effective performance evaluation techniques, and the use of these techniques to gain insight about significant computer systems and computer system design issues. Lazowska then turned his attention to the design and implementation of distributed and parallel computer systems – work that yielded a number of widely-embraced approaches to kernel and system design in areas such as thread management, high-performance local and remote communication, load sharing, cluster computing, and the effective use of the underlying architecture by the operating system. His focus today is eScience: evolving, and making accessible, the techniques and technologies of data-intensive science. Twenty two Ph.D. students and twenty three M.S. students have completed degrees working with him. (See a Ph.D. family tree as of August 2010 here.)

Mike McSherry is an experienced internet and mobile entrepreneurial executive. He was the co-founder of both Amp’d Mobile and Boost Mobile. At Amp’d Mike was the SVP Emerging Technologies and was involved in all strategy, service and platform strategies. At Boost, Mike led the product management and data services team and was a key founder in both the Australian and US launches. Prior to Boost, Mike co-founded and sold ZIVO which was the largest Interactive Agency in Australia/New Zealand and one of the largest in Asia. Mike started his technology career at Microsoft serving in multiple product management roles.

Ray Ozzie is an independent software entrepreneur, most recently having served as Chief Software Architect of Microsoft. Prior to Microsoft he was best known for his work in the area of social productivity as the creator of both Lotus Notes and Groove.

Earlier in his career Ozzie developed Symphony for Lotus. He worked on Lotus 1-2-3, on VisiCalc and TK!Solver at Software Arts, and on operating systems at Data General.

Honored as a distinguished alumnus by University of Illinois, Ozzie has been recognized by numerous organizations including the IEEE and World Economic Forum. He has been inducted as a member of both the National Academy of Engineering and the American Academy of Arts & Sciences.

A graduate of Harvard University, Hadi began his career during the browser wars in the 1990s, when he was Microsoft’s Group Program Manager for Internet Explorer. After the release of IE 5.0, Hadi co-founded Tellme Networks. Tellme was acquired by Microsoft for a reported $800 million. Hadi was General Manager of MSN.com during MSN’s only year of profit, where he delivered 30% annual growth and incubated Start.com (now Live.com).

After leaving Microsoft a second time, Hadi co-founded iLike with twin brother Ali Partovi, and together they built the leading music application on the Facebook platform. in 2009, iLike was acquired by MySpace where both Partovis worked as Senior Vice Presidents.

Hadi is a strategic advisor to numerous startups including Facebook, Dropbox, OPOWER, and Bluekai. He is also an active angel investor with a wide range of investments.

Richard Tom serves as Hulu’s senior vice president and chief technology officer where he is responsible for all aspects of the company’s core technology and infrastructure. Richard joined Hulu in 2007 after spending eight years at Microsoft in a variety of software development roles, from building database replication engines on the SQL server team to leading a team of engineers architecting the business application platform for Office Live, one of Microsoft’s first entries into software as a service. Most recently he served as Hulu’s vice president of advertising technology and operations overseeing the development of Hulu’s advertising platforms and leading the sales operations strategy.Richard holds a BS in computer science and engineering from the University of Pennsylvania. 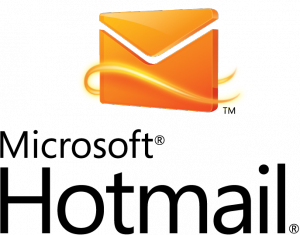 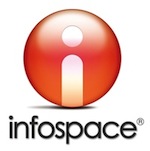