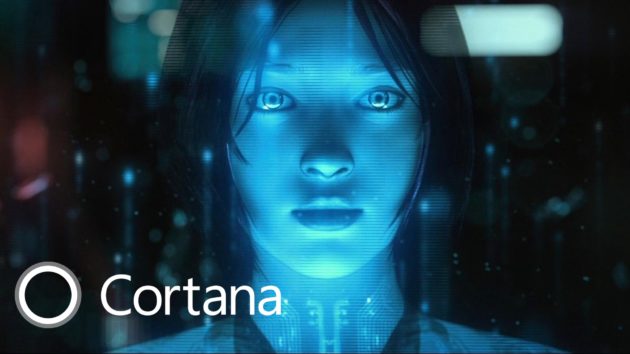 LAS VEGAS — Lost in the shuffle of Amazon and Google’s digital assistant showdown this week at CES is another tech giant’s virtual brain: Microsoft’s Cortana.

Unlike fellow tech heavyweights Facebook and Apple, which don’t go to CES, Microsoft does have a presence here. But it is more behind the scenes than Google’s flashy booth or the array of Alexa announcements. That’s because, in Microsoft’s view, the voice assistant market is in the very early stages.

“It’s a long journey to making a real assistant that you can communicate with over a longer period of time to really be approachable and interesting and better than the alternative,” Andrew Shuman, corporate vice president of Cortana engineering, told GeekWire. “That is our journey, to make some make some great experiences that shine through, and recognize that long haul.”

The company also updated its Cortana software development kit for devices to help developers build the digital assistant into their products. The changes include a variety of reference designs from partners Allwinner, Synaptics, TONLY and Qualcomm to simplify building Cortana-powered products.

These announcements might not be sexy, but they provide a backbone for spreading Cortana’s influence and confirm that Microsoft has no intention of retreating from the competitive voice assistant market. Amazon is the early leader, Google is making a big push, and Apple’s Siri is not to be forgotten. Additionally, other tech giants, most recently Samsung, are working on voice assistants of their own.

Having the Microsoft ecosystem behind Cortana should prove to be a competitive advantage. Cortana is embedded within Windows 10, which counts more than 600 million users, Xbox and Microsoft’s catalog of virtual and mixed reality gear.

The next step for Cortana, Shuman says, is building experiences that go beyond the simple voice command like setting a timer or turning on music. Shuman highlighted a Cortana email feature still in preview mode as an example. Users can ask Cortana to check their email and see if they have received a message from a specific person, rather than having to stop whatever they are doing to scroll through messages.

Another example is calendar reminders. If an email has a time element like a request to follow up on something in a week, Cortana can automatically note it and send out a reminder at the right time.

“You start to see the promise there of really starting to be able to count on Cortana,” Shuman said. “And it’s just the infancy of that because it’s such a human need, and there are so many more ways we can make it easier and simpler.”

Each voice assistant has its own unique advantages, and that is why a deal like Amazon and Microsoft’s recent partnership to get their respective digital assistants to talk to each other can happen. The plan focuses on letting each voice assistant leverage the unique capabilities of the other. Long-term, the goal is a deep integration in which each assistant simply knows to use the other for a specific task.

Shuman says teams from both Amazon and Microsoft are using the integrations internally, and the project should be ready in the first quarter of the year, or shortly after that.

The relationship between the two Seattle area tech giants is a complex one. In some areas, they don’t overlap, opening up the possibility of working together. Elsewhere, like in the cloud, they are fierce competitors. The world of digital assistants has become something of a grey area.

In what may be a troubling development for Cortana, Alexa is coming soon to several Windows PCs. Having Cortana built into Windows 10 has been one of Microsoft’s advantages.

Shuman says no one has gotten to check out the Alexa-integrated PCs yet, so he’s not sure what it will mean for Cortana. But he pointed out that Microsoft has put a lot of work into making sure that the digital assistant creates a smooth experience that is really at the heart of the computer, and it could be tough for Alexa to replicate that.

“I suspect Alexa will be very useful as an app that you can also talk to, but that’s a little different than being an ambient device on a PC,” Shuman said.