Smartsheet is getting ready to go public.

The Seattle-area company that helps Fortune 500 customers manage and automate key work processes — including the ability of employees to collaborate on projects across sales, marketing, HR and other corporate functions — filed to raise as much as $100 million through an initial public offering. It marks the first filing for an IPO for a tech company in the Seattle region this year.

Smartsheet plans to trade under the symbol SMAR on the New York Stock Exchange, and use proceeds to grow the team, bolster marketing activities, invest in data center operations, expand internationally and possibly acquire other companies. 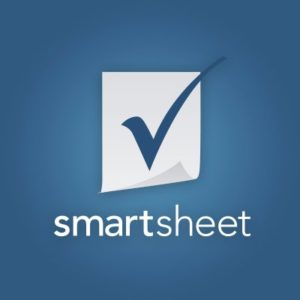 “In 2005, our founders set out to build a universal application for work management. They realized that the ‘killer app’ for team work management, tracking, project management, team collaboration, and flexible reporting did not exist,” the company writes in the IPO filing. “…Our founders developed Smartsheet to be the universal answer to which all email and spreadsheet users could graduate because of its spreadsheet-like user interface and email-integrated design.”

Competitors include Asana, Atlassian, Planview, Workfront, as well as tech titans such as Google and Microsoft which also offer online tools to better manage work processes.

“While we currently collaborate with Microsoft and Google, they may develop and introduce products that directly or indirectly compete with our platform,” the company noted in the filing.

Smartsheet declined to comment when contacted by GeekWire for this story.

Started in 2005 by former Onyx CEO Brent Frei, Smartsheet has raised more than $120 million to date; its most recent funding round was a $52 million investment last year led by Insight Venture Partners that valued the company at $852 million. Other investors include Madrona Venture Group, Sutter Hill Ventures, Top Tier Capital Partners, and Summit Partners.

Insight Venture Partners is the company’s largest stakeholder at 32.1 percent, followed by Madrona which holds a 28.4 percent stake. Smartsheet CEO Mark Mader holds a 2.3 percent share of the company, while Frei holds 8.9 percent. 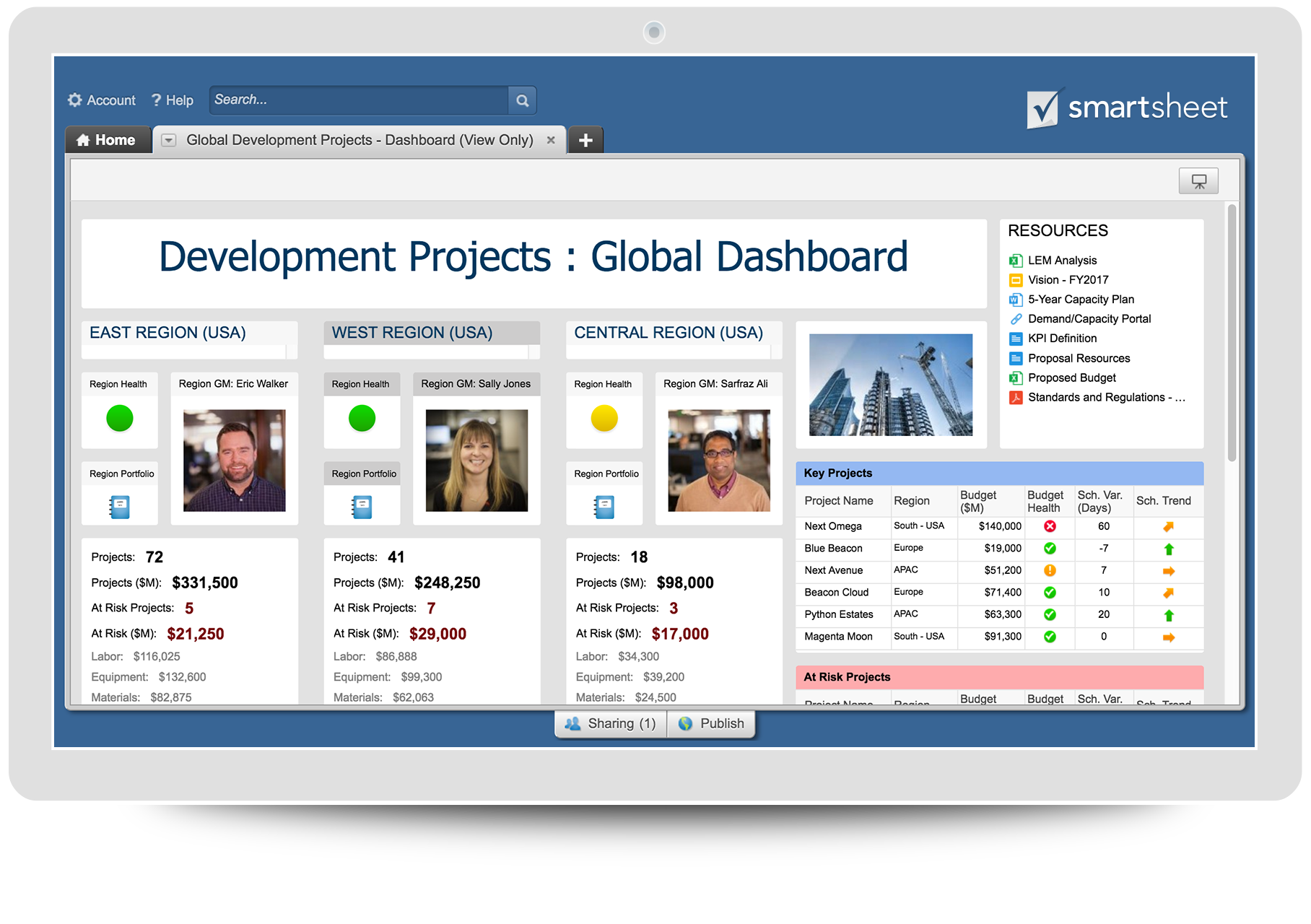 More than 74,000 customers across 190 countries use Smartsheet to manage their work processes, including 90 percent of the Fortune 100. Box and Populus use it to run major global events; Cisco’s services department uses it to handle program activities and budgets; and Weyerhaeuser uses Smartsheet to track and plan its distribution sales activity. Other customers include Netflix, Bayer, Hilton, Starbucks, and more. Smartsheet reported 650,000 paying users and an additional 3 million free users, as of Jan. 31.

While the company is growing fast, Smartsheet warned potential investors that it has a history of losing money. In fact, the company has incurred an accumulated deficit of $106.6 million since it was founded.

“We cannot assure you that we will achieve profitability in the foreseeable future, nor that, if we do become profitable, we will sustain profitability,” the company wrote in its S-1 SEC filing. The fast growth also has caused some strains on Smartsheet, with the company’s accounting firm pointing out a number of audit adjustments for the year ended Jan. 31, 2017, caused by a “lack of qualified accounting and financial reporting personnel with an appropriate level of experience.” The company said that it constituted a “material weakness in our internal control over financial reporting,” but since then it has added new personnel and implemented new financial systems to attempt to rectify the situation.

Our founders developed Smartsheet to be the universal answer to which all email and spreadsheet users could graduate because of its spreadsheet-like user interface and email-integrated design.

Smartsheet employs 787 people — up from 463 in January 2017 — across three offices in Seattle, Boston, and Edinburgh, where Smartsheet planted a flag after making its first acquisition ever this past January, swooping up chatbot startup Converse.AI.

The “enterprise collaboration market” is expected to grow 32 percent in four years, reaching $25 billion by 2020, according to data from IDC Research.

Smartsheet, which won the Next Tech Titan award at the 2016 GeekWire Awards, originally focused on project management, effectively taking the best design elements of Microsoft Excel and combining it with a robust cloud environment on the backend.

“We believe that we are unique in the sense that we are the only folks who really embrace the known form factor of the spreadsheet,” Mader said in 2012. “It is a hybrid of Excel, SharePoint, Project and Access, and putting that together into a very consumable framework. And that has landed with people.”

Now the company is investing heavily in automation tools. This past fall Smartsheet rolled out a new suite of products focused on automating repetitive work tasks, like approvals and purchase orders. Allowing users to do more inside Smartsheet without requiring coding knowledge was a key topic last year at Smartsheet Engage, the company’s first-ever major event. Executives referred to it as “purposeful automation.”

“We found that people were ready and there was a lot of excitement around what automation could bring in — not that it just enabled people to do more of the same, but actually unlock and free time for innovation,” Mader said at Engage, referring to survey results of information workers. “And that is what companies are looking for these days.”

Smartsheet will soon allow users to integrate new natural language interactions and workflow automation experiences, and link them across third-party platforms like Slack, Workplace by Facebook, Salesforce, and more. Possible use cases include onboarding new customers; cross-departmental reporting; and qualifying leads. The idea is to make this process easy enough for non-technical users to implement with a drag-and-drop interface.

Gene Farrell, who left Amazon Web Services last year to become Smartsheet’s senior vice president of product — and sparked Amazon to file a non-compete lawsuit — talked about automation in an interview with GeekWire this past January.

“Many of our customers are already using messaging platforms and other communication tools,” he said. “We think those tools do an amazing job at helping teams communicate and stay in sync on what’s happening. But they aren’t great at managing the details of actually executing plans and driving work. We think having a way to more closely align Smartsheet with all the different platforms our customers work on is really powerful.”

Just after Farrell joined, Smartsheet added Magdalena Yesil to its board. Yesil is a well-known Silicon Valley entrepreneur and founding board member of Salesforce.

Mader became CEO in 2006, joining the company just after it was founded by John Creason, Eric Browne, Maria Colacurcio, and Frei. Mader, Browne, and Colacurcio also worked at Onyx, a customer relationship management company acquired by M2M Holdings for $92 million in 2006.

It hasn’t been a completely smooth ride for Smartsheet, which launched out of a small Kirkland, Wash. residential house 13 years ago. As Frei explained in 2015, the company made a risky decision to reinvent its product in the early days. Smartsheet initially incorporated too much of its historical enterprise software DNA into the premium product, making it difficult for customers to figure out what to do.

Speaking at a leadership event this past November, Mader recalled making the key pivots that ultimately helped Smartsheet get to where it is today.

“That’s a tough call, because then you need to say, do you remodel the house or scrape it?” Mader said. “And we scraped it. But we didn’t scrape the concept — the concept was identical, but the house was totally different.”

At a Startup Grind event last year, Mader said that it took Smartsheet 10 years to reach $50 million in annual revenue, and just 17 months to double that. He also noted that the company’s “tipping point” came when it became equally focused on product and distribution versus just on building the software.

“It was a tipping point for us where we felt like the product was at a point where we could have that change in focus,” Mader said. “We saw evidence of certain actions working and had the guts to throttle up.”

This would be the first tech IPO for Seattle this year. There were two in 2017: Redfin went public this past July and Funko did the same in October.

Dropbox is the most recent big tech company to go public, as shares of the cloud storage platform soared nearly 50 percent in the first hour of trading last week. It reported $1.1 billion in revenue last year and a net loss of $112 million.