PITTSBURGH — Petuum moved into its new office 10 months ago. Now, the early-stage startup is already planning to expand into new space that is four times larger, either in the same building or nearby properties in a neighborhood that Pittsburgh techies have dubbed Robotics Row.

The two-year old company, which just opened a second office in the San Francisco Bay Area and raised a whopping $93 million investment round this past October, expects to grow from 70 employees to 200 by the end of 2018, said Petuum CEO and co-founder Eric Xing.

That’s a tall task, but it speaks to the opportunity in front of Petuum, which has built a machine learning platform that gives companies across various industries a way to create AI products without extensive expertise.

“We are growing like crazy,” said Xing. “There are a lot of needs.”

As part of GeekWire’s HQ2 coverage in Pittsburgh, we interviewed Xing at Petuum’s headquarters, located just down the street from tech companies like Uber, Argo AI, Apple and others. Xing is a distinguished AI researcher who earned his PhD in computer science from UC-Berkeley, working alongside notable AI researcher Andrew Ng, the former chief scientist at Baidu who also founded the Google Brain Deep Learning Project. Xing — who says he views AI differently than his one-time college counterpart — developed the AI technology behind Petuum as a professor at Carnegie Mellon University, which lays claim to inventing the AI field in the 1950s. 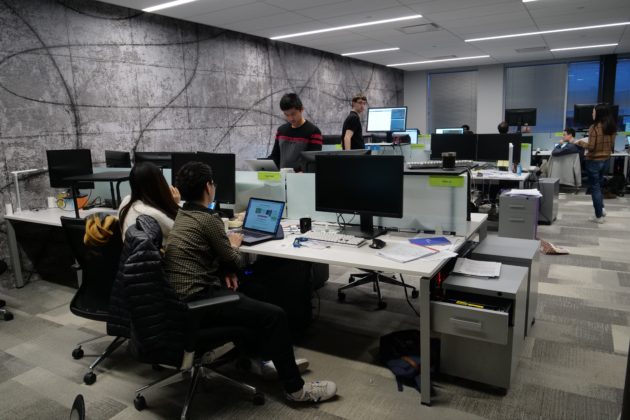 Xing and his team have an ambitious vision for Petuum, which has raised $108 million to date from investors like Softbank and Advantech Capital. Much how companies like VMware or ARM provide a platform solution for customers that don’t want to build their own infrastructure, Petuum wants to do the same for AI.

“We want to be the ARM or VMware of AI, to offer a universal and general reusable solution for broader AI needs across industries, rather than solving a specific niche application,” Xing explained. “And then others, including ourselves, can build more special solutions on top of it.”

We want to be the ARM or VMware of AI, to offer a universal and general reusable solution for broader AI needs across industries, rather than solving a specific niche application.

Petuum’s technology is based on years of AI research led by Xing and his co-founders Qirong Ho and Ning Li. It gives non-technical users lego-like building blocks that enable the creation of machine learning applications at scale across various enterprise hardware. The company is similar to Seattle-based startup Algorithmia.

Xing said that much of today’s most advanced AI software is built and accessed only by a handful of tech giants that want to keep users on their own platforms.

“It’s a very exclusive way of doing business. I’m more seeing the opposite,” he said. “I want to make the availability and accessibility of AI inclusive in a different way. … The platform we made is for everyone — especially small or traditional companies who may not have AI capabilities. They don’t have to come to us on our cloud. They can actually deploy [AI tools] in their own infrastructure and do it in their own way.” 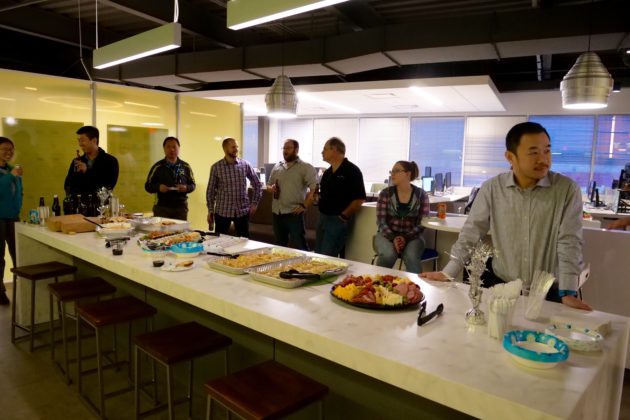 Xing doesn’t see Petuum directly competing with companies like Amazon and Google that are investing millions into AI-related products.

“We are complimentary to them in many ways,” he noted.

Having lived in both Silicon Valley and Pittsburgh, Xing thinks the Steel City is a perfect place for Petuum to grow, particularly with the engineering talent coming out of nearby institutions like CMU and the University of Pittsburgh.

“Over history, Pittsburghers are known to have the character of being the builders,” Xing said, a nod to the city’s industrial roots. “The type of company and the work we do in the space of AI can also be characterized as builders.” He also characterized Pittsburgh engineers as highly efficient, noting that the “work ethic and loyalty here is just unbelievable.”

Like many people in Pittsburgh’s tech ecosystem, Xing said the city’s quality of life — from housing costs to healthcare accessibility to the food scene — makes it an attractive place to work and live. It’s partly why Pittsburgh is one of the finalists for Amazon’s second headquarters — which Xing would welcome, despite potential poaching of his own employees.

“It would be really great for the city,” he said of Amazon. “First of all, it will raise the profile of the city and create a lot of need for AI and training AI people. That’s definitely a good thing, because once you make the plate bigger, everybody’s share is naturally bigger. Of course, we will be running into Amazon in some kind of a competing area, but, I don’t think it is a zero-sum game. We can benefit from them being a friendly competitor, or even like a partner next to us.”