Amazon’s new Prime discount program will be available at all Whole Foods locations across the U.S. this week.

Prime members who pay $119 per year can receive 10 percent discounts on sale items and other special deals. Amazon first announced the deal six weeks ago at stores in Florida and gradually expanded it to more states over the past month. Starting Wednesday, more than 400 stores will offer the deals.

Amazon-Whole Foods one year later: How tech is reshaping grocery, and how rivals are responding

“Customer feedback has been overwhelmingly positive – in fact, Prime members have adopted this benefit at one of the fastest rates we’ve seen,” Amazon Prime VP Cem Sibay said in a statement. “Since starting this rollout in mid-May, Prime members have already saved millions of dollars on everything from seasonal favorites to popular products.” 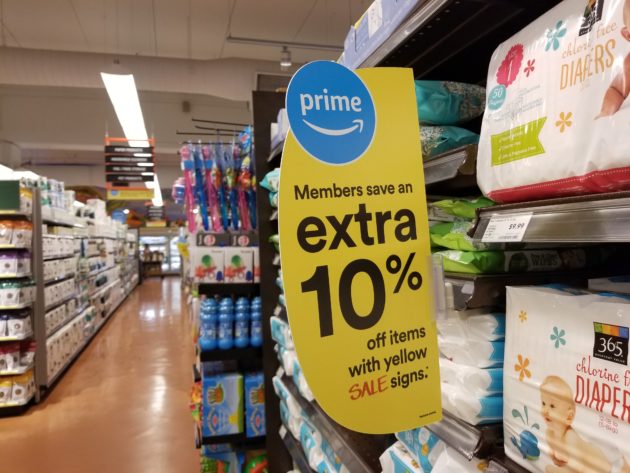 Customers can also get the savings with Whole Foods grocery delivery, which is free for Prime members via Prime Now for orders over $35. The grocery delivery service is available in 14 cities, with more to be added this year.

The new discounts are the latest effort by Amazon to make Whole Foods more affordable, attempting to shed the grocer’s “Whole Paycheck” reputation. Amazon cut prices on many items at Whole Foods upon completing the acquisition last year, as part of its broader push into physical retail stores. However, studies showed that some prices later rose.