It’s been a busy year at Qumulo:  the data storage and data informatics company announced a new CEO in November, and capped $100 million in funding last summer.

He has also left his mark on companies like Isilon Systems, where he led marketing and communications for four years, and RealNetworks, where he worked as director of communications in the company’s early years.

“Joining Qumulo was a once-in-a-lifetime opportunity that I couldn’t pass up,” Wampold said in a press release. “This is an insanely innovative company that is going to change the world of storage as we know it. Based on the growth of the company and calibre of the executive team, Qumulo is heading into a significant market opportunity, and I am beyond thrilled to be a part of such a forward thinking company as it matures.”

— Shiftboard, a Seattle-based company making mobile scheduling and workforce management products, announced the addition of two executives to its leadership team this week: Steve O’Brian as VP of marketing, and Hal Mady as VP of sales.

Mady joins the company from business software developer K2, where he served as VP of sales and business development. He was previously the Seattle area VP of sales for DocuSign.

The new additions come after an important year for Shiftboard: the company raised $4 million in March, and according to a press release, set records for revenue and new customers. 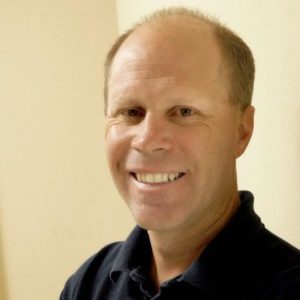 — Portland-based IOTAS, which produces a smart home platform for use in rental properties, announced the addition of Boulder, Colorado,-based VC Tim Enwall to its board of directors today.

Enwall is a longtime startup advisor and investor, in addition to being an entrepreneur himself. He recently began serving as head of strategy for the Boulder-based Nest Labs, a producer of smart home hardware and software.

“The path to mass adoption of the smart home is through fully packaged solutions, like the IOTAS platform, which is quickly gaining traction in the multifamily dwelling market because of its focus on the needs of both the building owner and occupant,” Enwall said in a press release. “I’m excited to join the IOTAS board for two reasons: The great potential of the IOTAS platform for transforming the smart rental home market, potentially reaching one-third of U.S. consumers who are not homeowners; and the passion, energy and entrepreneurial spirit that Sce displays in her leadership of the company as it taps into that potential.”

— EnervySavvy, a cloud company focused on solutions for utilities companies, announced the addition of Rebecca Norlander to its board of directors. Norlander currently serves as the CEO of healthcare tech startup Samepage Health, and formerly served in technical and leadership positions at Microsoft for 17 years.

She later co-founded and led healthcare startup Health123, acquired by Samepage Health, and has served as a startup advisor and investor.

“I’ve been a huge believer in both EnergySavvy and [CEO] Aaron Goldfeder for years,” Norlander said in a press release. “As an early investor in EnergySavvy, I believe strongly in the importance of energy efficiency and clean tech. With EnergySavvy at the forefront of the utility industry transformation, I’m very excited to be a part of the team charting the trajectory.”

— Life science company Nativis, which produces non-invasive bio-electric products for treatment of a variety of conditions, announced the addition of Sean Kell to its board of directors.

Kell is currently the CEO of senior living refferals service A Place for Mom. He previously held leadership positions at Starbucks and Expedia, and led technical teams at IBM for two years.

“Sean brings a wealth of experience in managing and guiding innovative and disruptive companies to rapid growth and we are pleased to welcome him to Nativis’ Board of Directors,” Nativis CEO Chris Rivera said in a press release. “Sean has a strong track record of innovating and bringing game changing sales, marketing and commercial strategies to the table. Our novel ulRFE™ technology represents just that, a game changing opportunity to revolutionize the way we treat cancer and other serious diseases.”