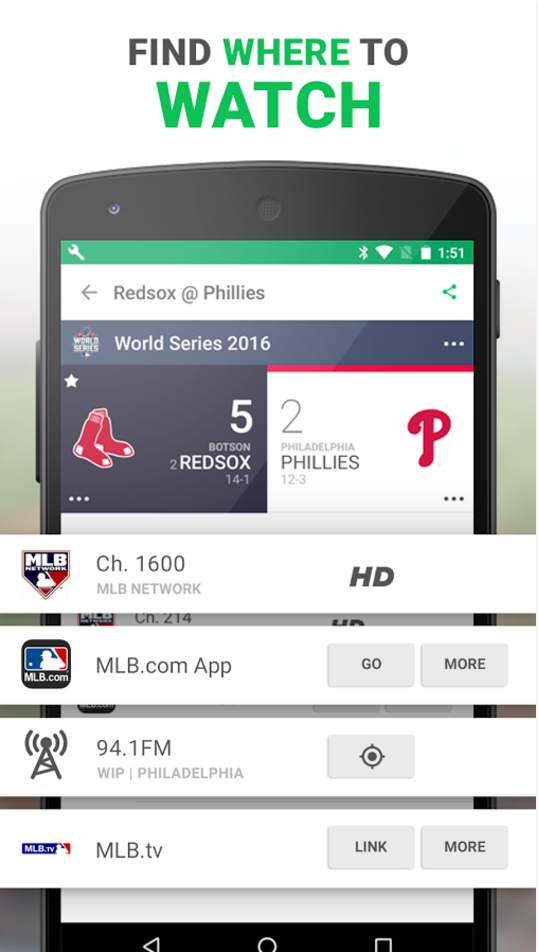 Scrolling through a TV guide or surfing around the web to find out which channel, radio station, or website is best to follow your favorite team can be a time-consuming process. Now Turner Sports wants to help.

The cable giant today unveiled Catch Sports, a new app for iOS and Android helps you quickly find which TV, radio, or streaming options are available for live sports.

The app lets you set your TV provider to see exactly where the game is being shown. It also provides live scores and allows users to set their favorite teams.

In addition to the smartphone app, Turner today released a Catch Sports Alexa Skill for the Amazon’s smart home speaker, the Echo. That means Echo owners can use their voice and ask Alexa, Amazon’s digital assistant that powers the Echo device, how to watch their team or recommended games.

For example, in the video below, the user asks “Alexa, ask Catch Sports to recommend a college basketball game to watch.” Alexa responds with, “the Blue Devils are beating the Tigers 63-47 on TBS, channel 606.”

Here are the leagues included in the app:

Turner Sports made the announcement one day before it hosts the Sports Business Innovation at the giant Consumer Electronics Show in Las Vegas. The event features big-name speakers like NBA Commissioner Adam Silver and NCAA President Mark Emmert, as well as a showcase for Turner’s eSports platform ELEAGUE and a live airing of Turner’s Inside The NBA show. Follow GeekWire’s CES coverage for updates from the event on Thursday.

Speaking of CES, the Catch Sports announcement marks yet another Alexa-related piece of news this week, with more expected from Amazon and its partners. Shawn DuBravac, the chief economist for the Consumer Technology Association, predicted yesterday that 700 Alexa applications could launch at the show this year.