Microsoft Edge, the default web browser for Windows 10, will be available as a preview for iPhone starting today and for Android soon, the company announced this morning — fulfilling a longstanding request from Windows users who want to bridge the experience between their smartphones and computers.

“Microsoft Edge for iOS and Android brings familiar features like your Favorites, Reading List, New Tab Page and Reading View across your PC and phone, so, no matter the device, your browsing goes with you,” writes Joe Belfiore, corporate vice president of Windows and Devices, in a post announcing the new browser apps. “But what makes Microsoft Edge really stand out is the ability to continue on your PC, which enables you to immediately open the page you’re looking at right on your PC—or save it to work on later.”

In addition, Microsoft this morning released a preview of a new Microsoft Launcher app for Android, with preferred apps, favorite people, recent photos, news and documents, and a similar “Continue on PC” feature. It’s a redesigned version of Microsoft’s Arrow Launcher project for Android. 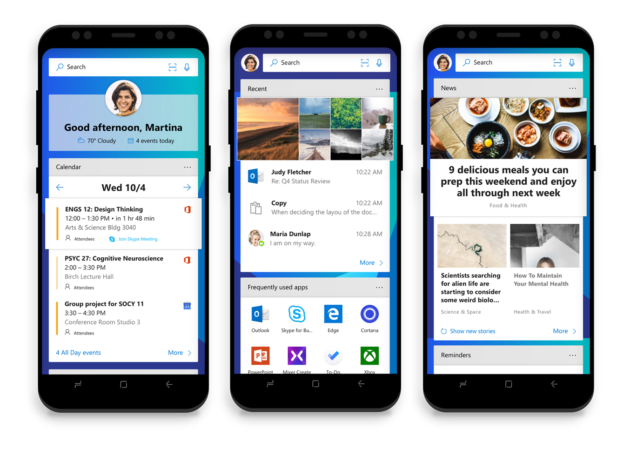 These new apps are the latest attempt by Microsoft to bridge Windows 10 PCs with Android and iOS, an effort that has taken on even more importance given the decline of Microsoft’s own Windows Phone.