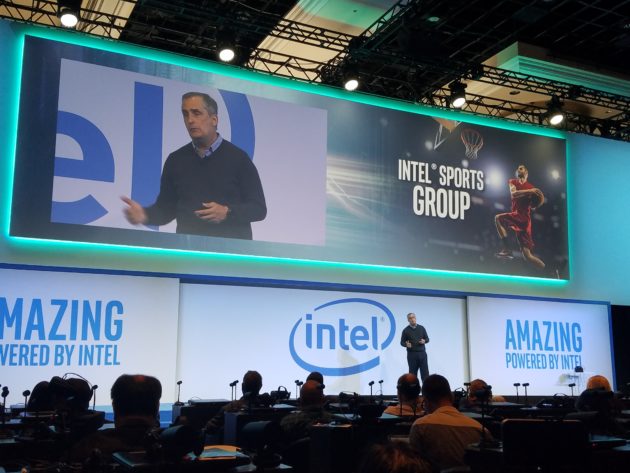 Intel will install its high-tech cameras in more stadiums across the NFL as part of an expanded partnership with the league that extends through the 2018 season. The tech giant announced today that its “freeD technology” will capture live action in select NFL stadiums, adding to existing installations in San Francisco, Baltimore, and Houston.

Intel did not provide specifics on which additional stadiums will be equipped with the cameras. The company said the replays will serve “fans on NFL’s digital and mobile platforms.” In a statement, NFL SVP of Digital Media Vishal Shal added that “fans will be able to experience compelling new vantage points of game action, both at home and in the stadium.”

Intel’s 360-degree replay technology, a result of Intel’s acquisition last year of Israel-based Replay Technologies, is used by leagues like the NBA, MLB, and NFL during live broadcasts — including the Super Bowl in February. It utilizes dozens of 5K ultra-high definition cameras to create 360-degree replays. The technology was featured in a recent Intel ad with LeBron James.

As Intel Sports leader James Carwana explained to GeekWire earlier this year, the 360-degree replay technology is all about “volumetric video.” From Carwana:

“With Intel’s 360-degree replay technology, what we are doing is digitizing the volume of an arena. Picture a stadium filled with all these tiny little cubes of voxels — that’s essentially what we are creating. Once you digitize the volume of an arena, you can do amazing things. You have an opportunity to fly a virtual camera and you can see things where there isn’t a physical camera. We can show you exactly what a player is seeing at a moment of time. What is the quarterback seeing when he looked to pass? Our belief is that it will allow fans to experience the game in ways they haven’t been able to before.”

The technology also enables a “Be the Player” view that gives fans the POV from a specific player; Intel is slowly rolling this feature out.

Intel continues to ink partnerships and roll out new technology in the sports world. Last month it inked a deal with the NCAA and Turner to broadcast March Madness games in virtual reality. That was made possible by Intel’s acquisition of virtual reality startup Voke last year.

Intel dabbled in sports several years ago, and made a statement at its CES keynote in 2016, spending nearly half of the presentation on its partnerships with ESPN’s X Games, New Balance, and others.

Then the company established its Intel Sports Group this past fall, right around the Voke acquisition, and has continued building products and services with wearable computing, virtual reality, connected devices, and more that have application in the sports world.

“Our job is to help fans or athletes,” Carwana told GeekWire in January. “By doing so, our belief is that we can create new value for folks like leagues or rights holders. Or, from an athlete perspective, how can we help athletes and teams perform at their peak level?”