Facebook reported its fourth quarter earnings today. Here’s what you need to know:

Facebook’s sustained growth is remarkable, as the company has now exceeded earnings expectations in 18 of its 19 reports since going public in 2012. It is also the fifth straight quarter of Facebook growing revenue by more than 50 percent year-over-year. 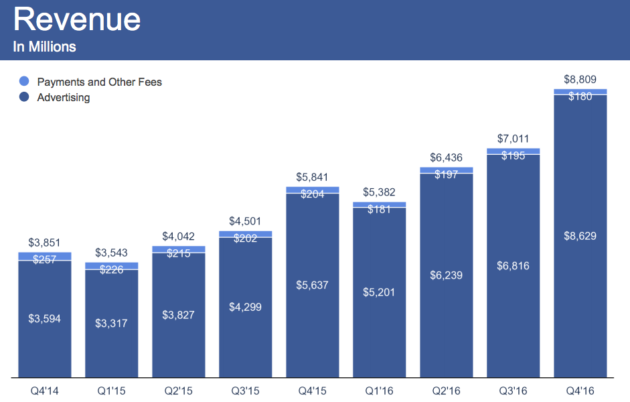 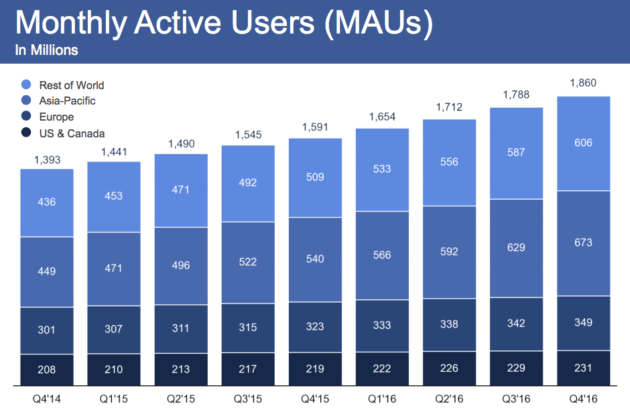 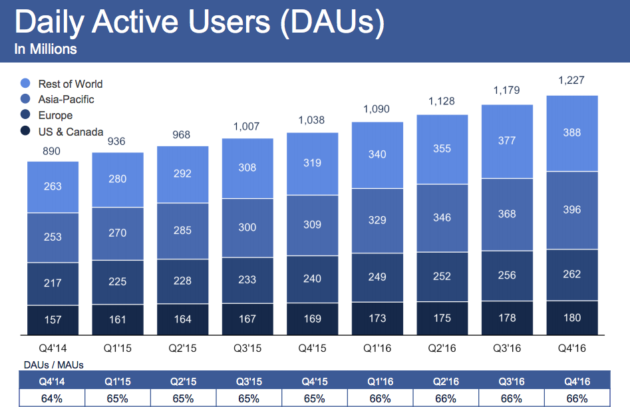 Facebook in a year added 269 million monthly active users. Nearly a whole Twitter's worth of users in one year.

A statement from Facebook CEO Mark Zuckerberg: “Our mission to connect the world is more important now than ever. Our business did well in 2016, but we have a lot of work ahead to help bring people together.”

Facebook’s mobile business continues to roll. It has 1.86 billion monthly active users on mobile, up 17 percent, and 1.15 billion daily active users, up 23 percent.

Shares were up more than 2 percent in after-hours trading. Facebook’s stock is up 16 percent in the past year:

Facebook’s Q4: Facebook made headlines during the past few months as it continues to fight the spread of fake news. It also just lost $500 million over a virtual reality headset court case.

The company is also investing big in video. It is promoting longer videos in the news feed and is also reportedly building an app for television set-top boxes and could create its own TV shows for it. The new product would create a way for Facebook to generate more video advertising revenue.