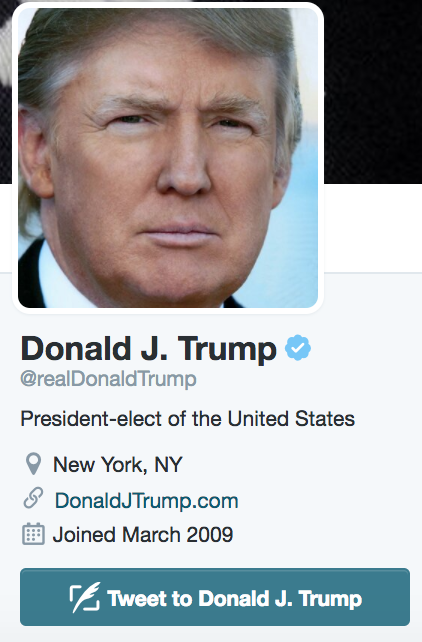 You may have seen Twitter in the news more often given how much President Donald Trump uses the platform to make public statements. But his tweets still aren’t helping Twitter’s bottom line.

The company’s stock fell 10 percent on Thursday after Twitter reported its fourth quarter earnings, which exceeded expectations for profit but missed on revenue amid continuing stagnant user growth.

Twitter posted revenue of $717 million, up 1 percent and lower than analyst estimates of $740 million. This is the slowest quarterly revenue growth for Twitter since it went public four years ago.

The company said daily active usage was up 11 percent but did not provide specific numbers.

So how much did Trump really affect Twitter’s business? On the post-earnings call with analysts, COO Anthony Noto said that while Trump’s use of Twitter has “broadened the awareness of how the platform can be used,” the company’s couldn’t quantify any direct impact.

“It’d be very hard for an event or single person to drive sustained impression growth,” he noted.

Noto said that the primary drivers of user growth during Q4 were product changes and marketing, not Trump or the election. But he still noted that “having the world’s leaders on our platform, talking about global issues, people passionately expressing their points of view — that’s all positive for Twitter, and that’s what we’re focused on.”

In its shareholders letter, Twitter said “advertisers recognize Twitter’s unique value proposition as the best and fastest place to see what’s happening in the world and what people are talking about,” but cautioned that “revenue growth will continue to lag audience growth in 2017 and could now be further impacted by escalating competition for digital ad spending and the re-evaluation of our revenue product feature portfolio, which could result in the de-emphasis of certain product features.”

Twitter announced a 9 percent reduction in staff this past October. Its stock is down more than 12 percent in the past three months. Here’s a look at shares over the past year: 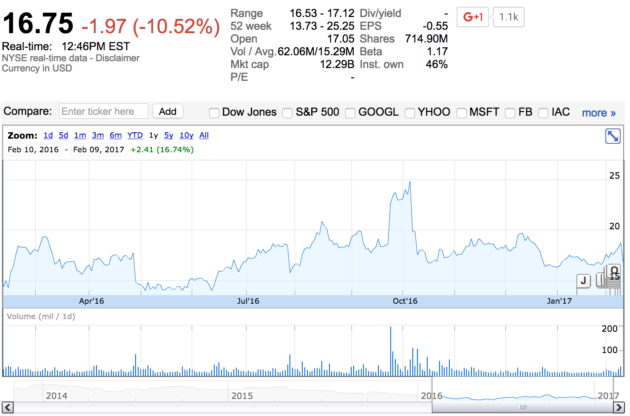