Apple’s Worldwide Developer Conference starts Monday in San Jose. Here are a few of the areas we’ll be watching closely. 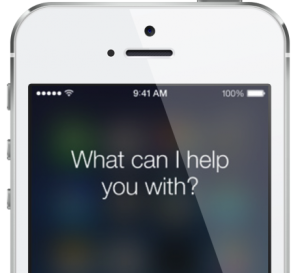 Siri Speaker: Will Apple challenge Amazon’s Echo? The possibility of a “Siri Speaker” is one of the biggest rumors coming into the event. The general consensus is that Apple needs to expand its virtual assistant into this growing area, possibly with the help of its Beats brand and technology.

Apple would be challenging not just Amazon but also Google, with its Google Home line of smart speakers. Google made an interesting move of its own last month, expanding its Google Assistant to iPhone.

One question is whether Apple’s speaker would have a screen, possibly along the lines of the new Amazon Echo Show. Given the number of times that Siri currently returns web results in response to inquiries on iOS, a screen might be critical unless the virtual assistant is getting a major upgrade.

Which leads to our next big area of interest …

Artificial Intelligence: We heard hints of Apple’s ambitions in AI from Carlos Guestrin, Apple director of machine learning, in an interview in February. He said the key to creating an emotional connection between user and device is “the intelligence that it has — how much it understands me, how much it can predict what I need and what I want, and how valuable it is at being a companion to me. … AI is going to be at the core of that.”

Hear GeekWire's Todd Bishop discuss this story Monday in the noon hour on The Record on KUOW, 94.9 FM in the Seattle region, and kuow.org.
Guestrin is the University of Washington computer science professor who joined Apple with his team following the tech giant’s acquisition of their machine learning startup Turi last year. Apple has established an engineering center in Seattle focused in part on machine learning and artificial intelligence.

Apple CEO Tim Cook has talked about the importance of expanding artificial intelligence and machine learning across the company’s products. Some subtle examples of machine learning include facial recognition in the iOS Photos app and the ability to automatically identify where someone parks a car in Apple Maps.

At WWDC, chances are that new AI features would come as part of iOS 11, which is expected to be unveiled at the event. Bloomberg News reports that Apple is also working on a chip to power artificial intelligence in its devices.

New Hardware: This isn’t the event where Apple typically shows the next iPhone, but you never know. 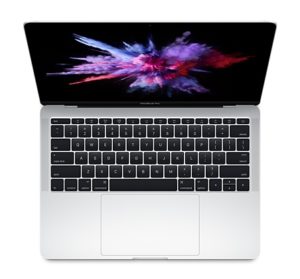 More widely expected at WWDC is a 10.5-inch iPad Pro, fitting in between the current 9.7-inch and 12.9-inch models, with upgraded specs and hardware. Although tablet sales have been declining overall, it’s a competitive market: Microsoft, for one, recently unveiled its new Surface Pro.

On a personal note, I’m looking forward to seeing if the rumors of a refreshed MacBook Pro are true. My current MacBook Pro is on its last legs, and my only question is whether to choose a new model or take advantage of what will likely be lower prices on last year’s MacBook Pros. Or, as a total wild card, maybe I’ll wait for the new Surface Laptop to come out from Microsoft in a couple weeks.

Watch the Apple WWDC keynote at 10 a.m. Pacific time Monday morning, and follow GeekWire for coverage. Also subscribe to our Geared Up podcast and live video show for highlights and commentary.