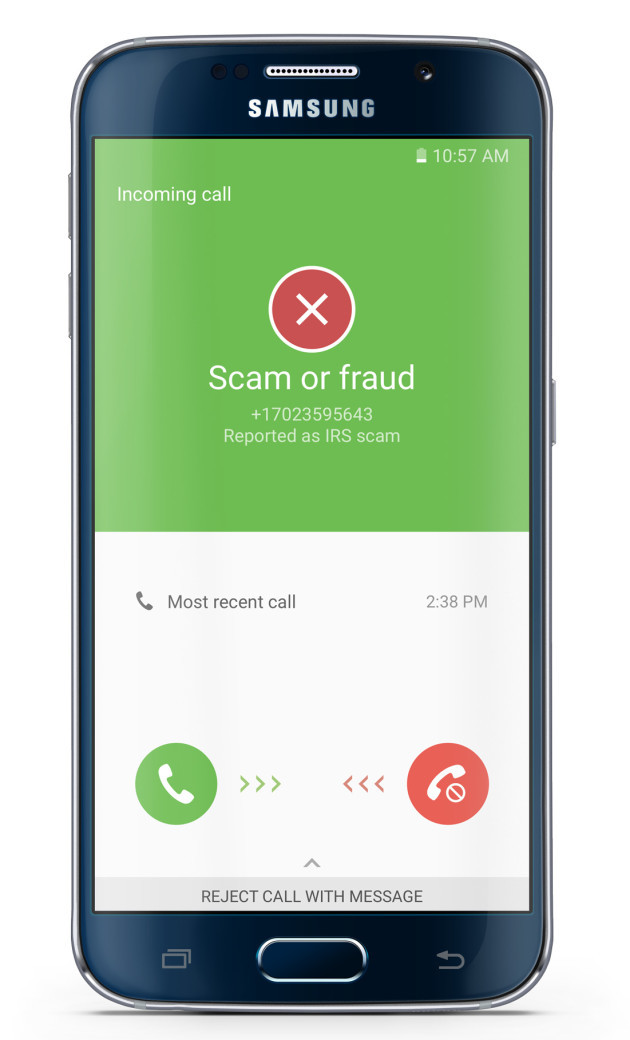 Samsung is partnering with Whitepages to offer customers a spam-blocking caller ID feature for its new Galaxy S7 smartphone.

Whitepages has information about more than than 600 million U.S.-based phone numbers and 1.5 billion numbers worldwide, which Samsung is using to notify users of unsolicited spam and scam calls.

The tech giant is also using Whitepages data to let users search within the native dialer to identify nearby businesses.

“We are pleased to work with Samsung on one of the great issues currently impacting mobile users worldwide,” Whitepages CEO Alex Algard said in a statement. “Ensuring phone safety through user-friendly services is what we do at Whitepages. We are happy to have worked with Samsung on the Galaxy S7 to provide their users with the greatest phone experience possible and further grow our footprint in the international arena.”

For Whitepages, this is another key partnership. The 19-year-old company, which employs more than 180 people and bought out its venture backers in 2013 in an $80 million deal, inked a similar deal with T-Mobile in 2014 to pre-install its Name ID app on T-Mobile phones.

Samsung is expected to officially reveal more about the Galaxy S7 today at Mobile World Congress. You can watch the company’s launch event below: