LAS VEGAS — When I tried out Oculus’ virtual reality technology this past summer, it was the most fun I’ve ever had playing video games.

My time with the newest HTC Vive headset may have topped that experience, though.

Here at the big Consumer Electronics Show, I had a chance to demo a new prototype version of the virtual reality headset made by Bellevue-based Valve and HTC, which has its U.S. headquarters in the Seattle region. 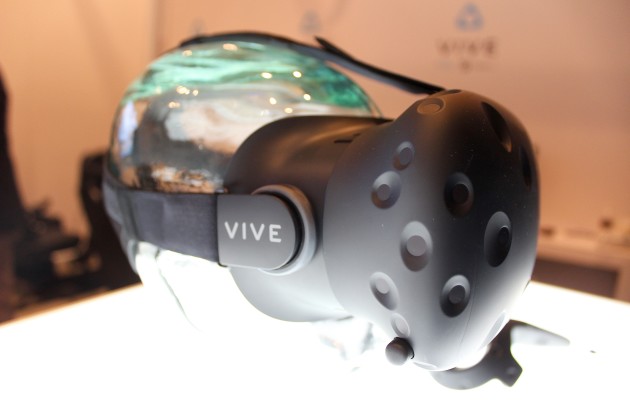 The Vive was originally scheduled to hit store shelves at the end of last year, but HTC and Valve delayed shipments to allow time for more improvements.

One key change in the Vive Pre, which is shipping to 7,000 developers and partners this month before a final consumer edition is released in April, is a room-sensing camera on the front of the headset.

This enables a feature called “chaperone mode” that seems like a game-changer. 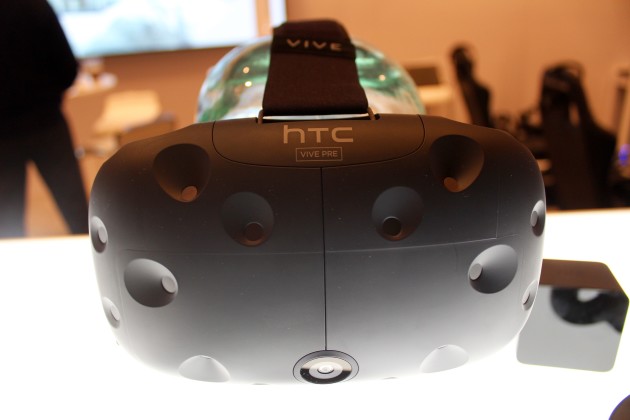 With the press of a button, the camera lets users gauge the physical space around them — not quite in crystal clear resolution, but good enough to make out objects and patterns — while wearing the headset. When you want to go back into full virtual reality mode, you just press the button again.

The original Vive had room-scaled technology that utilized a virtual blue grid to notify users if a wall was nearby. Now, though, the grid does a better job of integrating with your physical space. For example, while I was wandering around a sunken ship underwater, a teal outline of the physical walls around me would appear as I got close. The front-facing camera also detects more than just a wall, keeping you from bumping into other people or furniture while experiencing virtual reality.

Other than this warning system, the “Chaperone” feature doesn’t do much else for now, but it makes you think about the possibilities for how developers can use the front-facing camera and incorporate your real-world surroundings with virtual reality experiences.

“The front-facing camera is a big step forward from what we had previously,” said Jon Goddard, head of marketing for HTC Europe. 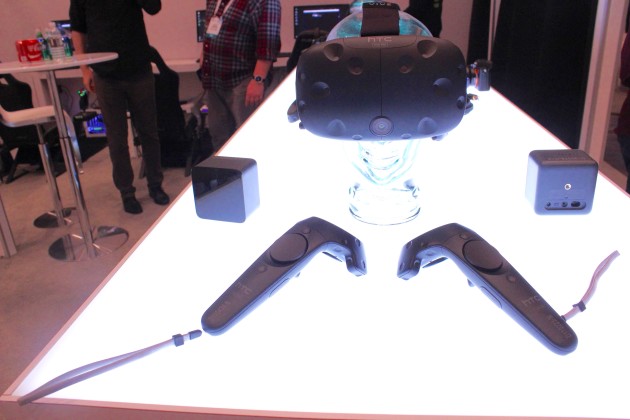 There are other changes in the second-generation development headset, including a new face plate that hides previously exposed sensors; a new strap that offers a more comfortable fit; interchangeable nose gaskets and foam inserts; improved cable management; and new technology that reduces what HTC calls the “mura effect” which sometimes makes it seem like you’re looking through a dirty window while watching virtual reality. The end result is a more crisp image.

Another aspect of the Vive that perhaps gives it an edge over Oculus’ Rift are the room-sensing base stations, which have also been redesigned. These small box-like devices utilize lasers — Facebook-owned Oculus uses camera tracking — which Goddard said improves precision and speed of the Vive’s tracking technology while reducing latency and lag.

The controllers, which have a thumbpad/trackpad, a trigger, and a menu/camera button, have also been “seriously modified,” noted Goddard, with an improved design and better balance. 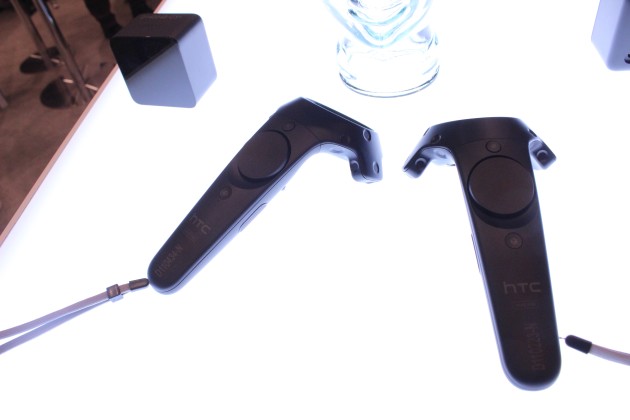 Besides the sunken ship game (TheBluVR), the demo also included a Job Simulator game that instructed users to make virtual coffee, turn on virtual computers, and eat virtual donuts with the controllers. I also had a chance to play with a variety of paintbrushes and make art in virtual reality with Tilt Brush, which is incredibly fun. “Immersive” would be the best word to describe this experience.

Goddard told me to take off the headset when my demo was over. I was disappointed, but not because I thought poorly of HTC and Valve’s latest developments. I wanted to keep playing with fish underwater; I wanted to keep opening virtual cabinets and drinking from a virtual water cooler; I wanted to make art with virtual paintbrushes — all while having a sense of the physical space around me. Virtual reality is so freakin’ fun, and these latest developments have me even more excited for the technology’s potential.