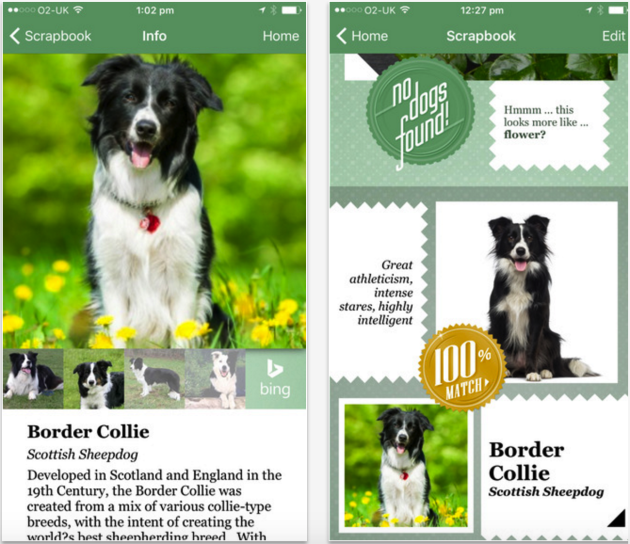 Microsoft has used artificial intelligence to release apps that can determine how old people are, whether two people are twins, and even the length of a person’s mustache. Next up: dog breeds.

In the latest display of the power of deep neural networks — machine learning systems that mimic the structure of the human brain — the Microsoft Garage incubation lab this morning released an iPhone app and web app called “Fetch!,” which identifies the breed of a dog based on a picture. Like the previous apps and services in the series, it’s powered by Microsoft’s Project Oxford artificial intelligence platform. 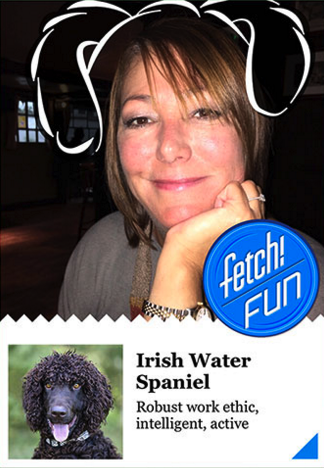 “We wanted to bring artificial intelligence to the canine world,”said Mitch Goldberg, a Microsoft Research development director who leads the Cambridge, U.K-based team that developed the Fetch! apps and experience, in a Microsoft article on the project. “We wanted to show that object recognition is something anyone could understand and interact with.”

The breed-identification technology was first shown at a Microsoft Research event two years ago, and has evolved in the time since to a consumer-friendly app, with some extra features. In addition to identifying the breed of dog within a certain degree of certainty, for example, the app can take an “informed guess” as to what type of breed a person most resembles.